A top Indian police officer who opposed the government in the western state of Gujarat over its handling of anti-Muslim riots in 2002, when current Prime Minister Narendra Modi was the state’s chief minister, has been terminated from his post after serving for 27 years, the Indian Express reports.

The officer, Sanjiv Bhatt, was sacked through an Aug. 13 order from India’s Home Ministry that listed 11 charges against him, according to the Press Trust of India.

The charges include unauthorized absence from duty, defying orders from a superior officer, retaining custody of government assets without authorization and misbehaving with government servants. Bhatt, the order says, “flagrantly” violated rules “with complete disregard to discipline.”

Bhatt was suspended in 2011 after filing an affidavit with the country’s Supreme Court against the Modi-led state government over the communal riots in Gujarat. At the time of the riots, Bhatt was the state’s deputy commissioner of intelligence.

In the affidavit, he claimed he had attended a meeting at the then chief minister’s residence in February 2002, at which Modi allegedly told officers to “allow Hindus to vent their anger” against the minority community. Multiple courts have cleared Modi of any wrongdoing during the riots, in which more than 1,200 Muslims were killed in retaliation for an alleged arson attack on a train that killed 59 Hindus.

Bhatt’s claim was rejected by the Special Investigation Team (SIT) appointed by the court to probe the riots, and he was subsequently arrested briefly after accusations that he forced a junior officer to file a false affidavit in another riot-related case. The 51-year-old officer was also served a notice by the government after a sex tape that appeared to show him with an unknown woman surfaced.

Bhatt appeared to take a somewhat lighthearted approach to his dismissal, saying on Twitter that he was “eligible for employment”.

He did, however, clarify his perspective on the matter in a subsequent statement.

“The government of the day has decided to remove me from service after conducting a sham, ex parte inquiry on completely fabricated charges of ‘unauthorised absence from duty,’” he said in a Facebook post late Wednesday night, adding that the absences referred to the period when he was deposing before the SIT and another commission instituted to investigate the riots. “So be it,” he said. 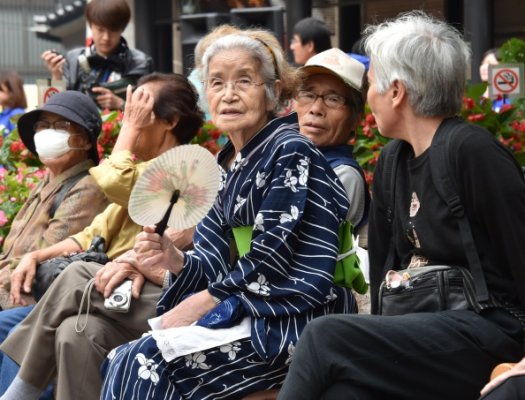 Japan Can't Afford to Give Centenarians Gifts Anymore
Next Up: Editor's Pick