“We are learning increasingly that a lot of the information that Uber has been presenting the consumer has been false and misleading,” George Gascon, district attorney of San Francisco, where Uber is based, said at a news conference, the New York Times reports.

The comments came after the attorneys announced they were filing a 62-page amended complaint to the original civil suit, filed in December, that claims the ride-hailing app has knowingly continued to mislead consumers about the thoroughness of its screening methods.

Gascon, who has led investigations, noted that the records Uber uses to check applicants for sex offenses are missing 30,000 individuals whose convictions occurred more than seven years ago, allowing them to escape the company’s notice.

Uber has said in the past that the limited scope of its background-check providers is required by some state laws, and is in fact a way for the company to help rehabilitate offenders. “We understand that there are strongly held views about the rehabilitation of offenders,” Uber said in a blog post dated July 15. “But the California state legislature decided — after a healthy debate — that seven years strikes the right balance between protecting the public while also giving ex-offenders the chance to work and rehabilitate themselves.”

Uber has noted that Live Scan, another method of vetting drivers favored by many of the company’s critics, is not subject to seven-year limits. The prosecutors’ complaint asserts that a Live Scan system would have been more effective.

Uber said it disagreed that the screening process used by taxi drivers was better than its own checks. “The reality is that neither is 100% foolproof—as we discovered last year when putting hundreds of people through our checks who identified themselves as taxi drivers,” Uber told TIME in a statement. “That process uncovered convictions for DUI, rape, attempted murder, child abuse and violence.” Uber also noted that its rival Lyft had settled a similar case last year for $250,000.

While traditional cabs are required to use Live Scan, Uber is not, but prosecutors believe that the company has oversold the effectiveness of its own checking methods. 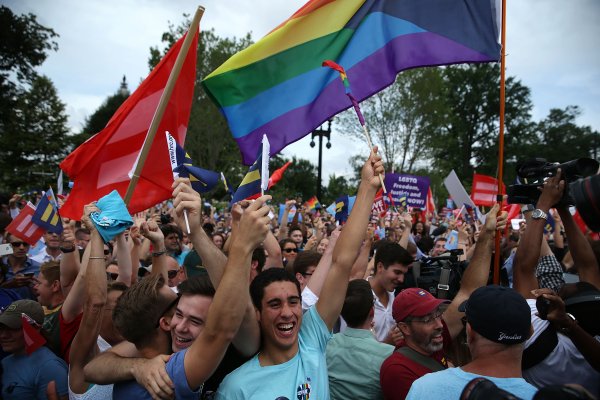 Here's How Much Gay Marriage Could Add To The Economy
Next Up: Editor's Pick