An Ohio mom allegedly confessed to killing her three young sons over the course of 13 months, suffocating them because her husband paid more attention to the boys than he did to their daughter, a prosecutor says.

Brittany Pilkington, 23, was charged with three counts of murder on Tuesday and is being held in the Logan County jail, The Columbus Dispatch reports.

Pilkington allegedly admitted to killing the boys by putting a blanket over their heads and suffocating them, Logan County Prosecutor William Goslee told The Columbus Dispatch.

“In her mind, she was protecting her daughter from being not as loved as the boys were by their father,” Goslee said.

Their 3-year-old daughter has been taken into custody by Logan County Children Services.

The children had been removed from the couple shortly after Noah’s birth due to the investigation into Gavin’s death, Jim Pilkington, Joseph’s brother, told The Columbus Dispatch.

Jim Pilkington says he found it strange that at Gavin’s funeral when a family photo was taken, the normally quiet Brittany she was smiling. “It was kind of odd,” he said.

Pilkington is scheduled to be arraigned in Logan County Municipal Court Thursday morning, according to The Dayton Daily News. 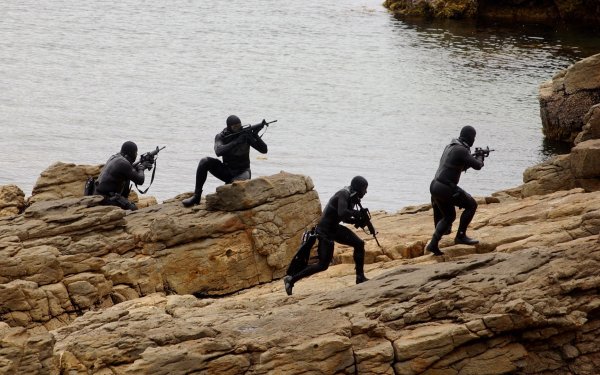 Top Navy Brass: Women Should be Allowed to Join SEALs
Next Up: Editor's Pick