The things that happen to Mark Watney (Matt Damon) in The Martian are the stuff of some real scary nightmares: the astronaut is left behind on Mars after his crew mistakenly believes he’s dead. He has no way to communicate back to Earth. His food is running out. There’s nothing to look at except uninhabited Mars landscape as far as the eye can see. But much like the runaway hit book by Andy Weir it’s based on, The Martian isn’t just a thrilling adventure story – it’s also laugh-out-loud funny, too. Damon told EW, “It feels like it held on to what everybody loved about the book. At the end of the day it’s a really entertaining story.”

In the film’s latest trailer, we get more glimpses of Watney’s adventures, as well as the assorted efforts of his crew still in orbit and the scientists back home in order to bring him home alive. “Ridley and I talked about not wanting to lose the sense of terror. The idea of being hundred and million of miles away from anybody else and he’s just solving problems. It’s very practical and incredible and optimistic,” says Damon. “We tried to lace that with the real dread of being that alone and how horrifying that is.”

The Martian arrives in theaters Oct 2. You can see the new trailer above. 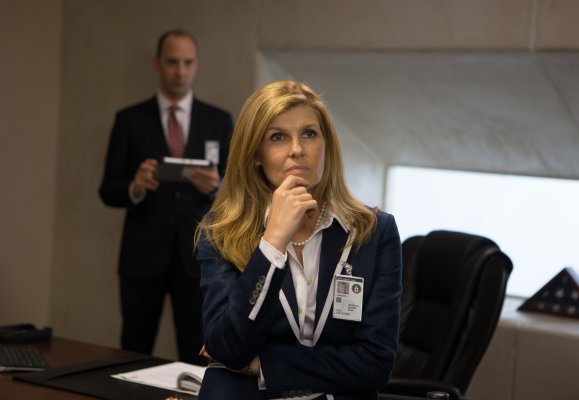 Connie Britton on American Ultra and Moving Beyond Her Friday Night Lights Role
Next Up: Editor's Pick