The Federal Communications Commission is fining a telecommunications provider $750,000 for blocking guests’ personal Wi-Fi hotspots at convention centers, where it has charged $80 for a single day of Internet access through its own Wi-Fi network.

The FCC says it investigated Smart City Holdings following an informal complaint and found evidence of Wi-Fi hotspot blocking at convention centers in five cities across the U.S. “It is unacceptable for any company to charge consumers exorbitant fees to access the Internet while at the same time blocking them from using their own personal Wi-Fi hotspots to access the Internet,” Travis LeBlanc, the chief of the FCC’s Enforcement Bureau, said in a statement. “All companies who seek to use technologies that block FCC-approved Wi-Fi connections are on notice that such practices are patently unlawful.”

The FCC did not find that Smart City had violated any laws, and though the company agreed to pay the fine, Smart City says its participation in the settlement is not an admission of liability. “While we have strong legal arguments, we’ve determined that mounting a vigorous defense would ultimately prove too costly and too great a distraction for our leadership team,” Smart City President Mark Haley said in a statement.

In a press release, the company says it had no prior notice from the FCC that it was breaking any rules and that, once contacted by the FCC, ceased its “occasionally … prevent[ing] wireless devices from significantly interfering with and disrupting the operations of neighboring exhibitors on our convention floors.” The company says this practice affected less than 1 percent of devices. 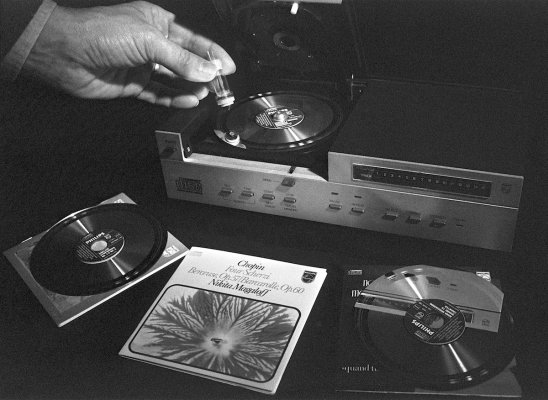 Why Music Fans of the 1980s Ditched Vinyl for CDs
Next Up: Editor's Pick