The group of hackers that previously stole massive amounts of user data from popular cheating website Ashley Madison appear to have carried out their threat to publish that data on the Internet, releasing almost 10 gigabytes containing numerous details about the site’s customers on Tuesday.

A total of 9.7 gigabytes of data stolen from the controversial website — which boasts the slogan “Life is short. Have an affair” — was published to the dark web (an encrypted section of the Internet that requires special software to use) and is only accessible through a Tor browser, Wired magazine reported.

The data dump reportedly includes the login details of about 32 million users — all seeking extramarital or illicit affairs — and also provides a staggering amount of information such as their names, email and street addresses, how much they have spent on the site and even what they are looking for in a potential cheating partner.

The hackers, who call themselves Impact Team, had threatened in July that they would release user data from Ashley Madison and Established Men — a sister site that connects wealthy men to “young, beautiful women” — unless Avid Life Media (ALM), the Toronto-based company that owns both sites, did not take them down immediately. While the hackers’ main objective is to expose the site’s customers for their questionable morals, they also targeted what they say are ALM’s fraudulent business practices.

While they had earlier said that the $19 fee Ashley Madison charges customers to wipe their user data clean does not actually get rid of the information completely, the post announcing Tuesday’s dump contained additional allegations.

“Find someone you know in here? Keep in mind the site is a scam with thousands of fake female profiles,” the post — titled “Time’s Up!” — reads. “90-95% of the actual users are male. Chances are your man signed up on the world’s biggest affair site, but never had one. He just tried to. If that distinction matters.”

“We have explained the fraud, deceit and stupidity of ALM and their members,” an earlier paragraph of the Impact Team statement says. “Now everyone gets to see their data.”

Avid Life Media released a statement of its own late Tuesday, condemning the cyberattack and saying they are “actively monitoring and investigating this situation” while cooperating with law-enforcement authorities in the U.S. and Canada, where the company is headquartered.

“This event is not an act of hacktivism, it is an act of criminality. It is an illegal action against the individual members of AshleyMadison.com, as well as any freethinking people who choose to engage in fully lawful online activities,” the statement reads. “We will not sit idly by and allow these thieves to force their personal ideology on citizens around the world.”

Read next: A Creepy Amount of Tinder Users Aren’t Even Single 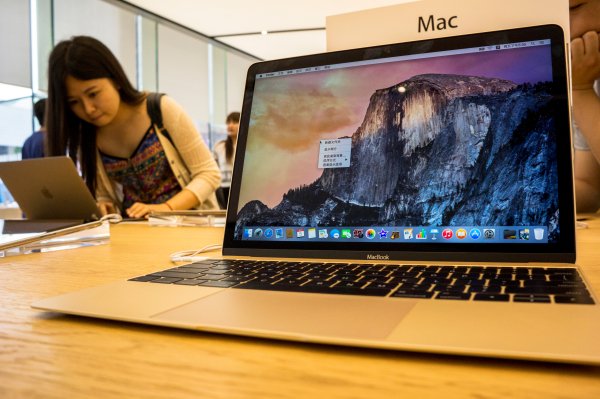 Apple Says It's Fixing This Nasty Mac Bug
Next Up: Editor's Pick