Dwayne “The Rock” Johnson has been putting his Gridiron Gang skills to the test to help real-life prison inmates turn their lives around through a six-month boot camp program.

Johnson – who is currently filming a documentary called Rock & a Hard Place that will take a look inside the program run by Miami-Dade County Corrections and Rehabilitation Department – honored the group of cadets at their graduation ceremony in Miami on Monday.

“Congratulations,” Johnson told the graduates, according to CBS Miami. “We’re all very, very proud of you.”

The actor also documented the event on his Instagram, writing, “Big day today… 6 months ago these youth offenders all faced prison time anywhere from 5yrs to life for a variety of crimes ranging from armed robbery to attempted murder. In front of the judge on the day of their sentencing they accepted to be placed in an extremely hardcore one of kind bootcamp.”

He continued, “I gave them my word on their first night that would be broken down in ways they never knew imaginable… but if they stuck with it and didn’t quit, they’d be built back up to become better men.”

The graduation ceremony was also attended by the cadets’ families, drill instructors and judges, including Judge Jason Bloch, who praised the program – one of the most successful of its kind in the world – by saying, “Over 90 percent of the people who graduate from this program don’t come back into the system.”

Despite the program’s low recidivism rate, Johnson said two of the cadets were sent back to prison after they allegedly “committed a crime” midway through boot camp.

The star expressed his disappointment by taking to Instagram to post a picture of himself standing outside prison cells with a caption that reads, “I’d been following their progress over the past months and today was the day they WOULD’VE graduated and been free young men. Now it’s done and they’re future is bleak.”

He ended on a positive note, however, adding, “Like we talked about…we get knocked down, we get back up. Lesson learned. Stay strong.”

Johnson said his own past troubles with the law inspired him to shoot the documentary.

“When I was 13 or 14, I started getting arrested, doing a lot of things I shouldn’t have been doing,” he said. “And I wanted them to know that life does go on and they’re going to have another opportunity.” 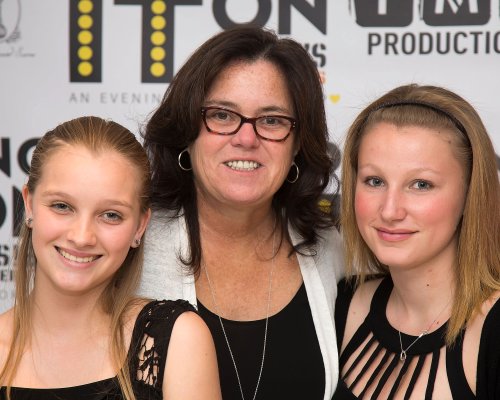