Marital Happiness Is Not a Political Contest

Red v. blue divisions now characterize so much of American life that a new analysis even suggests that Republicans have happier marriages. Yet framing the debate about marriage as a contest distracts from the larger issues of what’s really happening to American marriages and families.

Bradford Wilcox and Nicholas H. Wolfinger crunched data from the General Social Survey to find that 67% of Republican men and women reported that they were “very happy” in their marriages, compared to 60% of Democrats and Independents. But these gross differences shrink from 7% to 3% with controls for region, gender, race, income and other factors.

The analysis also can’t rule out causality. Any study that contrasts “red” and “blue” will find a myriad of differences that show how much the country is growing apart — Democrats versus Republicans, liberals versus conservatives, those quick to embrace new modes of life versus those who celebrate tradition, those who will move anywhere for a new opportunity versus those who succeed where they grew up.

Another analysis of the same data shows that regardless of party, Americans are overwhelmingly happy with their marriages. Fewer than 4% describe their marriages as “not too happy.” With the recent Supreme Court ruling that same-sex couples have the right to marriage, there is even more to celebrate.

The real issue that we need to be concerned about is economics. Economic status is more important than political affiliation in shaping family structure and choices. All Americans – except women in the top 10% of earners – have seen their marriage rates decrease over the past 40 years. Moreover, the people most likely to report happy marriages have more education than anyone else, and the children of high income parents are more likely to attend and complete college. People with more education are also less likely to get divorced.

All of this means that well-off married couples are more likely to be happy. The poorer ones naturally aren’t as delighted all the time. It’s a fool’s errand to debate whether one political group or another is happier. The solution is not to examine whether Republicans or Democrats have happier marriages; it’s to create the economic conditions so that more people can. 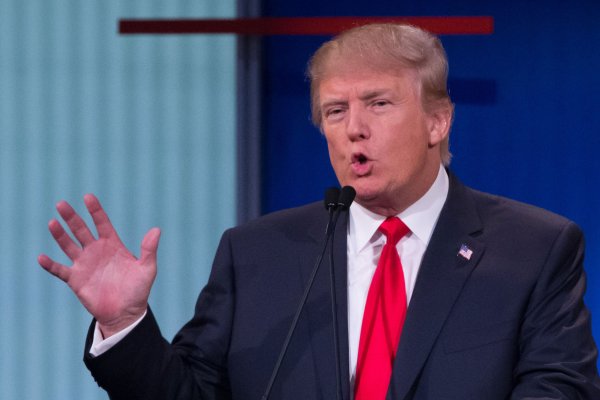 Here's the Ridiculous 'Bad Lip Reading' of the Republican Debate We All Needed
Next Up: Editor's Pick