How Accurate Is the Farmer's Almanac's Winter Forecast?

The Old Farmer’s Almanac has put out a dark, dreary forecast for the upcoming winter, promising chilly, snowy weather even in parts of the U.S. that are usually more temperate.

Worried weather watchers may wonder just how seriously to take predictions from the Almanac, which like its nearly identically named competitor, the Farmers’ Almanac, also offers a mix of recipes, household tips and folksy advice. The Old Farmer’s Almanac’s forecasts have long been criticized by meteorologists, but they are touted by loyal followers for spotting trends ahead of other forecasters.

The Old Farmer’s Almanac’s predictions are based on a top-secret formula, involving a complicated mathematical formula devised by founder Robert B. Thomas in 1792 that takes sun spots, planetary positions and tidal patterns into account.

Over the years, the publication has “refined and enhanced that formula with state-of-the-art technology and modern scientific calculations,” the Almanac’s site says. “We employ three scientific disciplines to make our long-range predictions: solar science, the study of sunspots and other solar activity; climatology, the study of prevailing weather patterns; and meteorology, the study of the atmosphere.” The site also offers tips on how to predict weather using things that might be commonly found on a farm, like persimmon seeds, a pig spleen and wooly bear caterpillars.

Meteorologists, though, tend to scoff at the Farmer’s Almanac, saying it uses unscientific formulas and does not take into account the finer nuances of meteorology, like pressure systems, cyclical weather patterns, and—of late—climate change. Critics also note that the Almanac’s predictions are fairly broad, encompassing a range of potential outcomes as opposed to specific temperatures or inches of snow.

“It’s useful in its own right and might be of use in the climatological sense,” J. Marshall Shepherd, a former president of the American Meteorological Society and professor at the University of Georgia, told TIME. “You can certainly discern patterns. It’s a bit challenging to pinpoint a forecast. Can you say it will be cold and snowing in Michigan on Dec. 26? You might have a chance of being correct, but you can’t say with fidelity that far out.”

When asked about the Almanac’s use of space phenomena like sunspots, Shepherd chuckled. “I can tell you it’s not common meteorological practice [to use space weather as an indicator], based on my years of experience and research,” he said. “Modern meteorological forecasting is based on models representing the atmosphere and physics over time. There is an inherent limit [to forecasting] of about 7 to 10 days.”

In 2007, Penn State meteorologist Paul Knight penned a damning examination of Almanac predictions. His view reflects that of much of the meteorological community—while forecasts are central to weather prediction, the chance of being accurate so far in advance is “zero,” he said.

Each year, the Old Farmer’s Almanac evaluates its own accuracy based on what happened the previous year and admits when its forecasts go astray. In the winter of 2012, for example, the Old Farmer’s Almanac had predicted freezing, snowy weather, but it was in fact the fourth warmest winter on record in the continental U.S., according to the National Oceanic and Atmospheric Administration (NOAA).

This past winter, the Farmer’s Almanac fared better, correctly predicting some heavy snow along the East Coast, which came to fruition in a Nor’easter that hit New England in January. And the previous year the Almanac was also spot-on, forecasting “much of the nation to have below-normal winter temperatures and above-normal snowfall.” That happened, and then some—2014’s winter was bone-chillingly freezing thanks to Arctic blasts, with many states recording their coldest winters since the 1970s, according to the NOAA.

Defenders of the Farmer’s Almanac say that while its forecasts are not perfect, neither are the ones that meteorologists give each day. In 2014, the Almanac included this line in its annual retrospective accuracy check: “We believe that nothing in the universe happens haphazardly, that there is a cause-and-effect pattern to all phenomena. However, although neither we nor any other forecasters have as yet gained sufficient insight into the mysteries of the universe to predict the weather with total accuracy, our results are almost always very close to our traditional claim of 80 percent.” 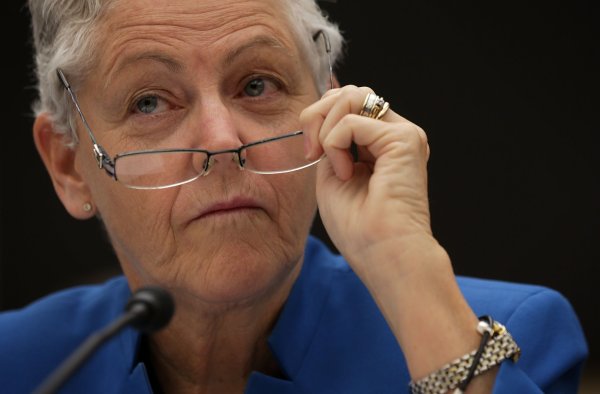