Young men take out a horse that is used in illegal horse racing for training in Ballarò, Palermo, Italy, in June 2015.
Francesco Faraci
By Lorenzo Tondo / Palermo

As the sun rises over Palermo, a stretch of asphalt is transformed into a racetrack where yet another clandestine horse race is set to begin. The early hour, with its quiet roads and shuttered shops, provides a haven from passersby and, most importantly, the police. Horses paw the ground, moving nervously, spooked by the shouts of spectators and the sound of car horns.

Welcome to Fast and Furious, Sicilian-style, where horses are the cars that are exploited, abused, doped, forced to run to exhaustion and then thrown away. The past three years have seen a dramatic rise in illegal horse racing on the streets of Sicily, according to police. Illegal racing has spread around the island and spawned its own own Internet sites, photos, YouTube videos, fan pages and songs dedicated to champions.

The latest report by the Italian Anti-Vivisection League, one of the country’s largest animal welfare associations, offers a grim tally: over the last 18 years in Southern Italy, police stopped 111 illegal races, confiscated 1,238 horses and reported 3,344 people to the judicial authorities (46 so far in 2015). The most recent police operation was on July 22 last year when authorities stopped a race at 7 a.m. in a suburb of Palermo. The following day, the body of a horse was found near the motorway, a few hours after another illegal race in the Sicilian capital.

“Unfortunately, police forces are barely scratching the surface of the illegal racing iceberg, which in this city is seen by many as a normal part of everyday life,” Ciro Troiano, a manager at the Anti-Vivisection League told TIME. “Since 2013 there has been a dangerous decline in operations against illegal racing. And yet during the same year there was a massive increase of reports from citizens and of videos uploaded to YouTube by participants.”

The races’ early start times are deliberate. “That’s when policemen go home after the night shift,” says Giovanni Guadagna, founder of Geapress, a Sicilian press agency for news on the protection of animals. A delay of several minutes in police response is enough time for organizers to stage a race, where, according to police, the value of a single bet ranges from $100 to $5,000, with sweepstakes of up to $25,000. Riders on scooters and motorbikes pursue the horses, goading them to the finish line by sounding their horns and shouting. Races are held on an uphill slope to avoid injuries to horses that have already had their foot nerves surgically severed so they feel no pain racing fast on hard asphalt.

For years, illegal horse racing has been the prize business of the ruthless Sicilian mafia, the Cosa Nostra. “It’s palpable that races are managed by the criminal underworld,” says state prosecutor Amedeo Bertone in an interview with TIME. “Individuals reported to the authorities are often part of the criminal system. Some have previous convictions for mafia association. However, racing is not just about the money, it’s also a hobby for Sicily’s wise guys who have always had an avid interest in horse racing and betting.”

Historically, horse racing was the most popular sport in Italy’s gambling industry. But, according to Snai, the leading Italian gambling business, over the last four years, 40 percent of legal stables have shut down. Former racing champions have been bumped from the glory of the track to the shadows of asphalt — and worse. On the morning of Sept. 30, 2012, in Palermo the body of a horse was found sprawled on the roadside in a pool of blood, its head smashed in. A label around its neck bore its name: It’s A Dream. The horse was the son of Varenne, a celebrated racer in harness. An investigation concluded It’s A Dream died in an accident while being exercised for an illegal race.

Keeping horses in legal stables is expensive — around $2,000 a month — so horses are kept in cheap, illicit stables. Police estimate there are more than 300 underground stables in Palermo alone, usually small units inside garages hidden in the labyrinth of alleys and courtyards. Conditions are grim in the stables, which are dark and devoid of drainage; horses are typically immobilized by ropes attached to their bit rings, anchored to the walls on each side. A dilapidated stable discovered last year was filled with an array of doping agents and antiinflammatories, injected into the animals to enhance their run.

If their life is awful, their end is abysmal. In 2013, three miles outside Palermo in the Pezzingoli countryside, the charred remains of a horse were found. Investigators say it had been butchered when it could no longer compete.

But there’s money to be made from death too. In March 2013, authorities discovered an illegal slaughterhouse in Ballarò in Palermo specializing in horsemeat, a delicacy in the area. Authorities believe criminals coerced local businesses into purchasing the racehorse meat for food. “It’s a business within the business,” Troiano says. “And I don’t think Ballarò is an isolated case. The health risk is extremely serious as doping substances injected into horses are harmful to people.”

The health of the horses and humans is a minor concern for the mafia. But under the cover of each night, horse owners and gamblers continue to prepare for the next short and explosive race, which will probably finish before the authorites become aware that it started. 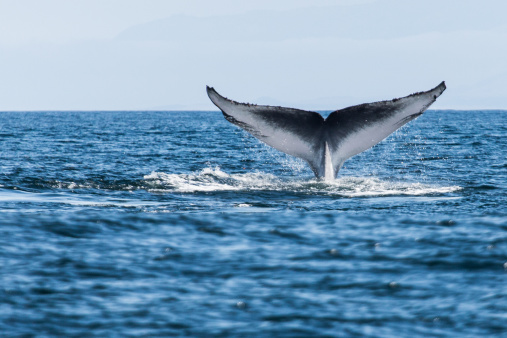 Watch a Whale Photobomb a TV Presenter as He Moans About Not Seeing Any Whales
Next Up: Editor's Pick