The Sicilian city of Catania canceled its annual fireworks show after the bodies of 49 migrants were discovered inside the hold of a fishing boat. They had apparently died of fume inhalation.

An additional 300 passengers were also rescued from the fishing boat as part of a larger rescue operation by the Italian navy and were transferred to the Norwegian container ship the Siem Pilot, which was helping with the operation, the Associated Press reports.

Along with the 313 people rescued from the fishing boat and the 49 bodies, the Siem Pilot was also carrying 103 migrants from a separate rescue by a German ship, AFP reports.

Deputy Mayor of Catania Marco Consoli told the AP on Monday that the show would be canceled out of respect for the dead and that a white balloon would be released for each of the victims instead. 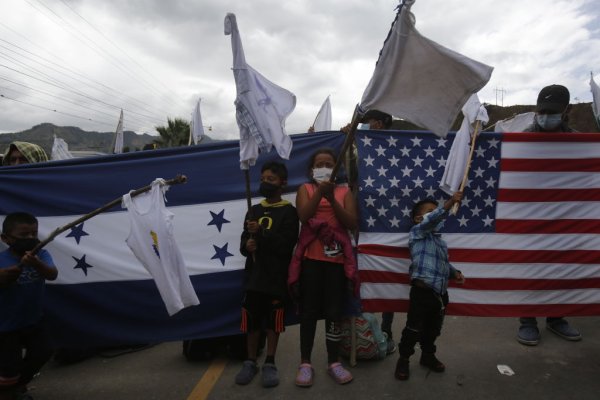 Biden Proposes $4 Billion to Fix Root Causes of Migration
Next Up: Editor's Pick