Between the sci-fi universe of Star Trek and the mutant powers of X-Men, its there anything fans haven’t seen Patrick Stewart do on a screen? Try getting wasted behind the wheel, snacking on marijuana chocolate and finding himself in a compromising position with a transgender prostitute. That all goes down in his new Starz show Blunt Talk, which premieres Aug. 22 and finds the English actor boldly going where he hasn’t gone before: raunchy television comedy courtesy of Family Guy mastermind Seth MacFarlane and Bored to Death creator Jonathan Ames. Stewart plays Walter Blunt, a British journalist who works in American cable news and has one messy personal life. “The professional side of the show fascinates me. Then there’s everything else: chaos, confusion, romance, excitement, alcohol and other substances!” Patrick Stewart excitedly tells TIME. “I’ve done comedy before, but never under these circumstances.”

TIME: This is your first-ever TV comedy series, apart from guest roles. What inspired the change?

Patrick Stewart: I worked with Seth MacFarlane on American Dad! and loved that experience. Playing Deputy [CIA] Director Bullock opened up opportunities for me I just hadn’t had before. Playing an obnoxious, loud, opinionated, vulgar-minded, self-obsessed character was just fantastic. And fun! So when Seth came to me over two years ago and said, “How would you like to do a half-hour live action comedy?” I said yes! Conversation over!

Your most iconic roles—Captain Picard in Star Trek: The Next Generation, Professor X in the X-Men films—are quite saintly. In the first episode of Blunt Talk, Walter drives drunk, gets high and picks up a prostitute.

He does mean well. He’s a very serious and committed and responsible journalist—in his professional life. He believes in the power of media to change the world. That’s admirable. I certainly support that. However, he has personal problems in relationships, with alcohol, with some illicit substances, and he just can’t get his life right. But because he’s essentially a serious and decent man, it makes the outrageousness of the comedy sequences that much more fun to play. There is so much potential in that scene for something distasteful to happen. Instead, the scene has a sweetness and charm about it.

That’s the opposite of what I was expecting from a show where Seth MacFarlane executive producing.

Of course. And that’s wonderful—Seth brings to the table a whole lot of stuff which may or may not be in the series. People associate that name with outrageous, outlandish, and sometimes deeply private and personal comedy. Instead, Gisele [played by Trace Lysette] tells him upfront that she’s transexual, they have a conversation about the fact that she has a penis, and it’s a very tender scene, and it’s important and meaningful to Walter. There is no better example of the scale and complexity of [Blunt Talk creator] Jonathan Ames’ writing, that you can take a scene that has all the potential for huge amounts of offense, and yet it doesn’t.

Are you a news junkie yourself?

All my life. My very first job when I left school when I was 15 and two days old—I didn’t drop out, it was the end of my schooling—was working on my local newspaper. I was the most junior reporter on staff. All I got to do were deaths, births and marriages. It was not rewarding, although I did get to see a lot of dead bodies. In the community I grew up in, it was commonplace that they were laid out in their home. Often I would go and knock on a door and talk to someone about their spouse who had died. Invariably, because this was the style of my community, they would say, “Would you like to have a look at her? She looks really lovely.” I was 15! One morning I saw three dead bodies before lunch and when I went back to the newsroom and said, “I don’t think I can do this.”

I’m addicted to newspapers. I can’t throw a newspaper out until I looked at every single page. I will be getting on a flight to Los Angeles tomorrow with a pile of unread newspapers in my hands. So the chance to play a television newsman with a nightly cable news show was instantly attracted to me. The professional side of the show fascinates me. Then there’s everything else: chaos, confusion, romance, excitement, alcohol and other substances! Having that as a background for the character was so liberating. I didn’t get much of a chance to do work like that on Star Trek or X-Men or in my earlier career, which involved a lot of Shakespeare. I’ve done comedy before, but never under these circumstances.

You shadowed Jon Stewart and Rachel Maddow to prepare for the role. What did you take away from the experience?

Both Rachel and Jon were incredibly generous. I approached them asking if I could be a fly on the wall for a whole production day, from the first production meetings to the post-mortems that certainly happen on The Daily Show after tapings. They let me sit in on their meetings and observe how the evening show is constructed. Those people work so hard and so tirelessly. Often, it’s the details. In the production offices, there are children’s drawings everywhere. People have families—their children do drawings, and they stick them up. That was an idea I took back, having my grandchildren and my friends’ children do drawings and paintings. They’re now on TV.

Proponents of cable news say it’s a force for good, while critics say it’s just an echo chamber. Where do you stand?

You’re right—depending on what station you tune into, you can find news and entertainment that is very much policy-driven. Fox is the best example. It has a point of a view and attitude, and it sticks to it.

Then you see things like The Daily Show that have a totally different approach. It’s no longer hammering over one particular political point of view, but rather examining everything, holding it up for exposure, which Jon Stewart has done brilliantly all these years. Telling the truth about what a situation means, not putting a slant on it or a political twist, just saying, “This is how it is,” without any bullsh-t. That’s refreshing, and that’s the type of newsman Walter wants to be. His current idol is probably Anderson Cooper. He has his eyes set on being another Anderson Cooper, and indeed Anderson gets more mentions on the show than anybody else, though Bill Maher and Bill O’Reilly get several mentions too. I’m hoping we can get some of these people on the show.

When Piers Morgan’s CNN show was canceled, he suggested that perhaps America wasn’t keen on watching British journalist engaging with hot-button U.S. issues. After working on this show, and because you live in the U.S., what’s your perspective?

I found it very refreshing to watch Piers’ show, and he and I had breakfast together and had a long conversation about his experience. He was fascinated by Blunt Talk. I would love to have Piers on the show. But yes, it’s an interesting perspective. One of the things that has always impressed me about the American system and its way of life is its generosity. They absorbed Piers for a certain amount of time, and I’d like to think our fictitious audience could absorb, tolerate and even respect Walter in the same way because he is trying to speak at all times the truth and instruct his audience to live in the most open and fair ways.

You’ve been a part of an superhero series that’s successfully reinvented itself over 15 years. With the recent Fantastic Four reboot’s poor box office performance, a lot of people are wondering if superhero fatigue is setting in. Are we getting to that point, or are there lessons to learn from X-Men?

People will always go and see them. We’ve had a significant presence of science-fiction and fantasy on screens, and some of it has been extraordinarily good, and I include the X-Men series. Fashions change, tastes change, and something else will come along. It’s what makes the lives of us who work in the business so interesting. We’re not stuck in a formula for entertainment.

You’ve actively embraced social media. When the best way for actors to promote an upcoming project is to go viral—like your dramatic reading of Taylor Swift did—do Twitter and Instagram ever stop feeling like fun and start feeling like work?

It did not, for me, start out as wanting to have some fun. I was dragged kicking and screaming into the world of social media. It was my PR company that said, ‘You’ve got to do this. It’s essential that you involve yourself in this way.’ I was very excited when I sent my first tweet and within a couple hours got a dozen followers. One big thing served to change it: I tweeted about a personal experience I’d had with Time Warner [Cable], and that blew up when I discovered that there were thousands of people all along the Eastern seaboard of the United States that felt the exact way I did—that I had lost the will to live. It opened my eyes for the first time to the power and influence of social media. For things I’m passionate about, left-wing politics, domestic violence, human rights, I’m very active with an organization called Combat Stress which deals with veterans and PTSD, and I can represent those organizations through my social media presence and do some good with them.

On top of that, it has provided me with a huge amount of fun. The fun that Ian McKellan and I had promoting our two plays on Broadway, that was an idea my wife and I dreamed up over Mexican margaritas one night. It was one of the most significant, if not most significant, aspects of our promotional campaign for those plays. It was seen by more people than anything else. And it cost nothing. 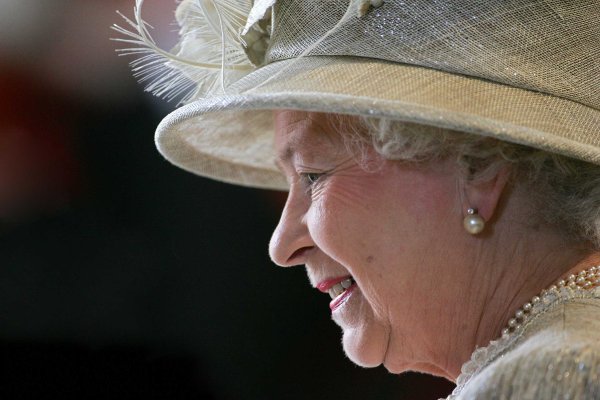 Netflix’s Most Expensive Drama to Focus on Queen Elizabeth
Next Up: Editor's Pick