From left: Senator Richard Burr and Senator Tom Coburn walk through Statuary Hall in the Capitol ahead of the State of the Union on Jan. 28, 2014 in Washington, D.C.
Bill Clark—CQ-Roll Call/Getty Images
By Alex Rogers

In just four months, Republicans have shifted their Obamacare strategy from “repeal” to “repeal and replace.” That’s a twist in tone and policy ahead of the 2014-midterm elections that recognizes the public’s weariness of government obstructionism and approval of some aspects of the health care law. The Republicans’ move is a politically savvy calculation, after three years and 47 votes in the Republican-controlled House to defund and dismantle the law, plus a government shutdown led by Obamacare-obsessed members that sank the party’s approval ratings to record lows.

Last week, Senators Orrin Hatch (R-Utah), Richard Burr (R-N.C.), and Tom Coburn (R-Okla.) put forth “the most comprehensive and most serious alternative” to the Affordable Care Act since it was introduced, according to Larry Levitt, the senior vice president for special initiatives at the Kaiser Family Foundation. The proposal, known as the Patient CARE Act, would repeal Obamacare, but includes versions of its popular provisions that end pre-existing conditions limitations and continue dependent coverage up to age 26. It also keeps the $700 billion in Medicare savings for which Republican presidential candidate Mitt Romney ripped President Obama during the 2012 campaign.

“The main thing with that is to counter this thing where the Democrats say the Republicans don’t have any ideas,” says Sen. Mike Enzi (R-Wyo.), who adds that the Patient CARE Act is a “good blueprint” for future discussions. “We had ideas on health care before Obama became a senator.”

“I’m really pleased that this is an alternative and that people are not just talking about repeal but replacing Obamacare,” says Sen. Rob Portman (R-Ohio). “I think you’ll see more and more Republicans, including me, talking about the need for us to have an alternative.”

There are, of course, major differences between Burr-Coburn-Hatch and Obamacare. Instead of a host of Obamacare taxes and fees, the plan defrays cost by capping the tax exclusion for employer-provided health insurance. There are no exchanges in the Republican plan, nor is there a set of benefits that insurance plans must cover. The GOP alternative expands health care coverage by offering tax credits instead of greatly increasing Medicaid eligibility. “Because the tax credits in many cases are quite modest, and there are no minimum requirements on insurance, the coverage they get might be very, very skimpy,” says Levitt, who added that he could not provide a more specific side-by-side analysis until Republicans add and release “hundreds, if not thousands of pages” of detail to the outlined plan.

“In general, the proposal checks a lot of the same boxes as the Affordable Care Act,” says Levitt. “It’s just that it [the Patient CARE Act] is much more timid in its approach in many cases.”

Republican House Majority Leader Eric Cantor told his conference during their annual retreat last week that it would pass an alternative to Obamacare on the chamber’s floor this year. “We shouldn’t go back to the way things were, but this law is not working,” said House Republican Conference Chair Cathy McMorris Rodgers, in the party’s official rebuke to President Obama’s State of the Union this year. In a potential early sign that the repeal and replace message is already working, Independents viewed McMorris-Rodgers message as less partisan (the president ripped Republicans for their efforts to repeal Obamacare), and tested slightly ahead of the president, according to a poll commissioned by BuzzFeed. Her speech was certainly toned-down from John Boehner’s “Hell No!” diatribe before the House voted on the Affordable Care Act in 2010.

Pressing the party forward is near universal Obamacare opposition for members and outside groups alike. “This proposal could mark an important moment in the dam of timidity and resistance breaking, and could prove to be an important inflection point in the GOP’s effort to become by 2016 a national governing party,” wrote Bill Kristol in the Weekly Standard of the Patient CARE Act. “The new health-care plan from Senators Tom Coburn, Orrin Hatch, and Richard Burr is the best one to emerge from Congress yet, and marks real progress in the campaign to replace Obamacare,” concurred the National Review editorial board.

“There is a lot of agreement on the right side of the aisle on the broad constructs of health care reform,” says Dan Holler, communications director for Heritage Action, which has opposed the Farm Bill, Ryan-Murray budget, and Appropriation bills that passed the House this year on the grounds that they were insufficiently conservative. “Every Republican plan that moves us toward health care freedom and away from the costly Obamacare law, as Republicans have repeatedly done over the last four years, is a step in the right direction,” Jenny Beth Martin, co-founder of Tea Party Patriots, wrote in an email to TIME.

The question now is what House Republicans will do next, in terms of tactics—step-by-step or comprehensive—and policy. At last week’s retreat, the conference generally agreed on four elements: promoting health savings accounts, medical liability reform, high risk pools for those with pre-existing conditions and insurance portability across state lines. They did not determine how these five-year old ideas would be handled. But a new wrapper on old ideas, emphasizing solutions instead of purely repeal, may help Republicans in the next election. 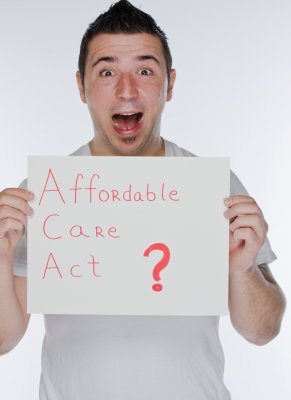 How to Solve Obamacare's Youth Enrollment Problem
Next Up: Editor's Pick