The dental office of the man who shot and killed Cecil the lion has reopened—but the dentist himself is not in.

Walter Palmer has been laying low for weeks since it was reported that he had killed the beloved lion in Zimbabwe, and his business in Bloomington, Minn. closed down as a precaution. Though the hunter was not present at the Monday reopening, a security guard stood at the door of River Bluff Dental, the Minneapolis Star Tribune reports.

Reporters were apparently told to stay on a sidewalk, and received a handout stating that Dr. Palmer was not on site and that the staffers “wish to get to business as usual to serve our clients and patients, and maintain the jobs of dedicated professionals.” 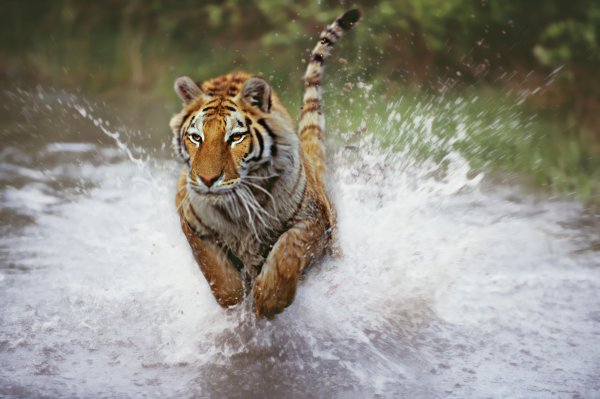 Tiger Gets Loose During Photoshoot in Ruins of Detroit Factory
Next Up: Editor's Pick