Lindsey Graham Would Raise a Glass With Democrats If Elected

The South Carolina Republican made the pledge during a Monday trip to the Iowa State Fair, a must-hit stop for political candidates from both parties. Graham, who is struggling to gain traction in the polls, was telling voters near deep-fried food booths that Republican President Ronald Reagan met with Democratic House Speaker Tip O’Neill over cocktails and the two enjoyed a warm relationship in private.

Graham said that was a model he would adopt if he wins the GOP nomination and then the White House: he would drink with any Democrat who wanted to join him in addressing steep challenges facing the country, such as Social Security, national security or health care. “After a few drinks, we’re going to stop the B.S. and work together,” Graham said.

Graham’s pledge of bipartisanship, however, ran counter to his description just minutes earlier of the current White House occupant, whose relationship with Congress is distant at best.

“No one respects our current commander-in-chief,” Graham lamented, outlining his disagreements both foreign and domestic with Obama. “You’ve elected someone president who has never run a lemonade stand or bought a car,” the recently retired Air Force officer added.

The answer, Graham proposed: “Make me commander-in-chief because we need one who knows what the hell they’re doing.” 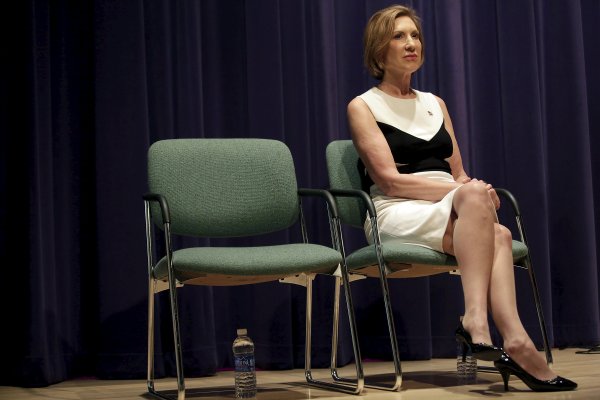 Fiorina Urges GOP to Face Reality on Iran Deal
Next Up: Editor's Pick