President Barack Obama outlined a scaled-down version of the controversial NSA program that collects data on millions of Americans’ phone calls Thursday, almost one year after disclosure of the surveillance by former NSA contractor Edward Snowden sparked widespread outrage and calls for reform.

The proposal, which Obama called on Congress to enact swiftly, would effectively end the so-called Section 215 program, under which the National Security Agency maintains a database of telephone calling records. Instead, phone companies would hold the records and law enforcement agencies would be required to seek approval from the secretive Foreign Intelligence Surveillance Court to search specific numbers.

“Having carefully considered the available options, I have decided that the best path forward is that the government should not collect or hold this data in bulk,” Obama said in a statement Thursday morning. “Instead, the data should remain at the telephone companies for the length of time it currently does today. The government would obtain the data pursuant to individual orders from the Foreign Intelligence Surveillance Court (FISC) approving the use of specific numbers for such queries, if a judge agrees based on national security concerns. Legislation will be needed to permit the government to obtain this information with the speed and in the manner that will be required to make this approach workable.”

Lawmakers on Capitol Hill are slowly moving forward with legislation to bring about the reforms. Obama has directed the Department of Justice to seek reauthorization for the existing program for another 90 days, allowing Congress time to establish the new program.

Briefing reporters, senior administration officials repeatedly declined to specify the criteria for an “emergency situation” that would allow the federal government to act without approval from the FISC. 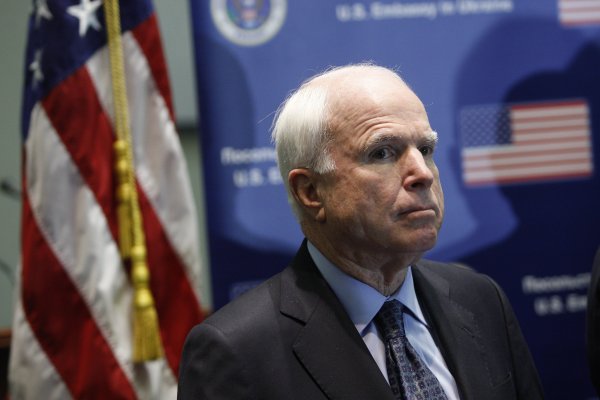 McCain's Iffy Claim: 'Snowden Is Working for Russia'
Next Up: Editor's Pick