This Airline Just Made a Huge Order For 250 Jets

French-based airplane maker Airbus has scored the company’s biggest order ever in a deal it firmed up with Indian budget airline IndiGo.

IndiGo, India’s largest airline, and Airbus have been working together since as far back as 2005 when the airline ordered 100 A320s – which Airbus has already delivered. IndiGo committed to expanding the fleet to 280 Airbus aircraft in 2011, and with today’s announcement, increased the fleet by an additional 250 planes.

The Associated Press said the jets would cost $26 billion at list price, although the news agency points out customers usually negotiate discounts with jet makers.

Strong economic growth over the next few decades is expected to propel the Asia Pacific region’s airline industry to new heights, with some observers estimating it will one day be the largest air travel market in the world. By 2033, almost half of global traffic will be to, from, or within the region, reports say.

India is a star performer from the region. The International Air Transport Association has projected that India – currently the ninth largest market in terms of air passengers – will overtake the United Kingdom to become the third largest market by around 2031. 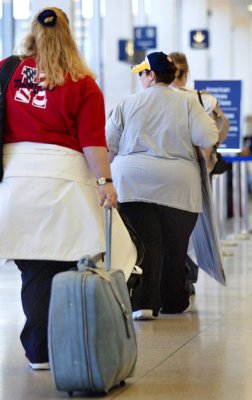 Airline to Begin Weighing Passengers for 'Flight Safety'
Next Up: Editor's Pick