Wands at the ready! J.K. Rowling’s Harry Potter spinoff Fantastic Beasts and Where to Find Them officially started filming in London on Monday, according to Warner Bros.

The film is based on a book that previously only existed in the wizarding world and served as a textbook at Hogwarts. “‘Fantastic Beasts and Where to Find Them’ is neither a prequel nor a sequel to the Harry Potter series, but an extension of the wizarding world,” Rowling said in a statement last year. “The laws and customs of the hidden magical society will be familiar to anyone who has read the Harry Potter books or seen the films, but Newt’s story will start in New York, seventy years before Harry’s gets underway.”

The cast includes Eddie Redmayne as Newt Scamander, a magizoologist, who stops in New York (but only meant to stay there a few hours), as well as Katherine Waterston, Alison Sudol, Dan Fogler, Ezra Miller, Samantha Morton, Jenn Murray and Colin Farrell. Faith Wood-Blagrove, a 10-year-old who auditioned for the role of the “haunted” character Modesty along with thousands of other young girls, rounds out the ensemble.

Potter fanatics are familiar with the team behind the film: Rowling wrote the screenplay. David Yates, who worked on the final four Potter films, will direct. David Heyman, who produced all eight Potter films, will produce. And Steve Kloves, who adapted the books for the big screen, is also a producer. 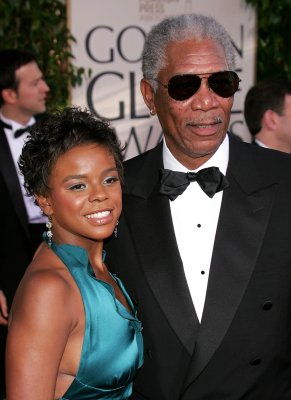 Morgan Freeman Mourns Granddaughter After Stabbing
Next Up: Editor's Pick