Sierra Leone Has First Week of No New Ebola Cases

Sierra Leonean health officials checking for the ebola virus on passengers transiting at the border crossing with Liberia in Jendema on March 28, 2015 .
Zoom Dosso—AFP/Getty Images
By Alexandra Sifferlin

Sierra Leone has gone one full week without any new Ebola cases, a first since the start of the outbreak over a year ago.

On Monday, the World Health Organization (WHO) announced that the Ebola response has moved into “phase 3,” which means responders are working to ensure that the last known cases of Ebola in the country have not spread.

The WHO traced the final cases to a man who worked in Freetown, the capital, and then returned to his home village of Massessehbeh in a northern region in the country, called Tonkolili. The man died in a hospital while receiving malaria treatment, and a postmortem test confirmed he had Ebola. Responders put the entire village in quarantine for 21 days, bringing in water and food and providing information and support, while checking everyone daily for signs of Ebola.

Two family members of the man who died got Ebola and were treated. On Aug. 14, nearly 600 people in the village came out of quarantine and there was a celebration, the WHO said. The President of Sierra Leone, Ernest Bai Koroma, cut the quarantine tape.

Since the outbreak started, about 13,470 people in Sierra Leone have been infected with Ebola, and nearly 4,000 have died from the virus. The latest numbers available indicate that among the most affected countries of Sierra Leone, Liberia and Guinea, over 27,920 cases of Ebola have been reported and over 11,280 people have died from the disease since the start of the outbreak. 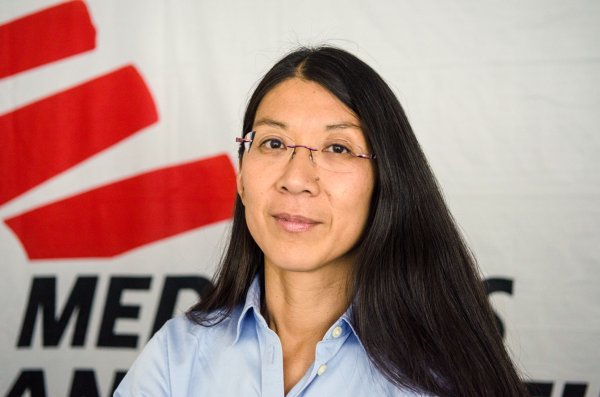 Attention, World: The Ebola Fight Isn’t Over
Next Up: Editor's Pick