John Grisham: Why Mississippi Will Pull Down the Confederate Flag

Top-selling author John Grisham, a native of Mississippi, has advocated removing the Confederate battle flag from his home state flag for more than a decade. Now, Grisham, one of more than 60 prominent signatories calling for its removal in a full-page ad in the Mississippi Clarion-Ledger, says change is on its way after years of the issue being stuck on the sidelines.

“It’s Mississippi and change is painfully slow,” he said in an email to TIME. “However, I believe it will happen sooner rather than later.”

The athletes, celebrities and other leading figures who lent their names to the letter, along with the support of the state’s Federal senators, have given the effort to remove the flag momentum, said Grisham. The threat of sanctions from the National Collegiate Athletic Association (NCAA) could also force the issue more quickly, he said. In the past, the NCAA has expressed disapproval of the confederate battle flag, imposing a 15-year ban on post-season sporting events in South Carolina because a confederate battle flag flew over the state capitol.

“College athletics are a huge part of our lives,” said Grisham. “And if the NCAA adopts rules that penalize our teams in post-season play, then we might forget about the Civil War.”

Read TIME’s Q&A with Grisham below:

TIME: How long have you been a supporter of removing the Confederate battle flag from the Mississippi flag?

John Grisham: Since the state wide referendum, I think it was 2001. Those supporting change lost in a landslide and the issue was put to rest for awhile.

There’s been a lot of momentum in the push to take down the flag in recent months. What will it take to finally have it taken down in Mississippi and how optimistic are you that can be achieved?

The flag will be changed, eventually. But it’s Mississippi and change is painfully slow. However, I believe it will happen sooner rather than later. College athletics are a huge part of our lives, and if the NCAA adopts rules that penalize our teams in post season play, then we might forget about the Civil War. Absent intervention by the NCAA or some other outside force, the momentum has swung on the issue and it’s just a matter of time.

Many of the 60+ signatories are household names across the United States, a fact which will obviously bring attention to this issue. How do you think the average Mississippian feels about the flag? If they see the issue differently, what needs to be done to change their minds?

I wouldn’t dare speculate as to how the average Mississippian feels. And the average guy doesn’t count. It’s a political issue—one for the state legislature. I served there once. In 1984, when I was a rookie member of the House, there was a bill introduced to make Martin Luther King’s birthday a state holiday. It didn’t have a chance. As time passed, though, more and more states adopted the holiday. Finally, after about five years, we passed it, and I think almost unanimously. As I said, change is slow and hard.

How did the letter and full-page ad come about? How do you think it will influence the discussion on this issue?

Greg Iles floated the idea about a month ago. He wrote the first draft, I wrote the second, then back and forth a few times until we had it. We began contacting other friends, primarily writers, journalists, publishers, poets. The response was very enthusiastic and the list kept growing.

Sure, the names will bring attention to the issue. This, along with the support of our two U.S. Senators, Thad Cochran and Roger Wicker, plus our House Speaker, will add to the momentum. It’s impossible, though, to project how this will play out in the political arena. 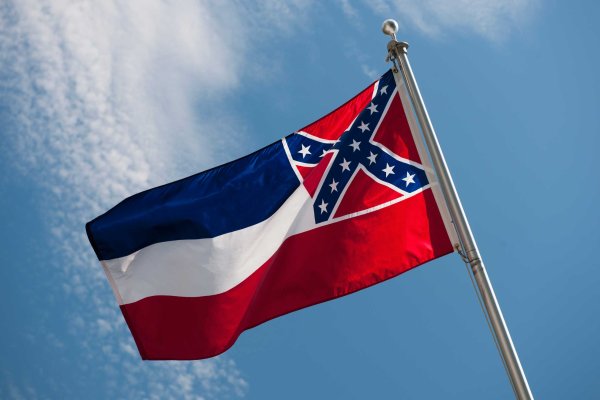