Gamers Rejoice: Destiny's Best Weapon Is On Sale This Weekend

The day has finally come. Xûr, the exotic weapon and armor salesman in Destiny, is selling Gjallarhorn. For those of you who missed purchasing Ice Breaker from Xûr when it was first on sale—you know, back when strange coins were still strange and not slowly accumulating into the hundreds in your vault—try not to miss the boat on this one.

For 17 strange coins you’ll have the opportunity to buy at least several to make up for its absence from your inventory–and Crota hard-mode runs–for the past few months. Unless you already had one, then continue in your apathy.

Now while this may appear to come as literally the best thing ever, we should reserve that feeling of extraordinary bliss. In the Update Preview released by Bungie on July 16, they stated the intention to nerf Gjallarhorn’s Wolfpack Rounds. So for those of us who never had it, at least we’ll get one that’s not as good.

The reason for nerfing it? Apparently everyone was using it and “was so strong that for many people it had become the only answer to getting through tough encounters.” Who knew?

Additionally citing that they “strive for Destiny to be a place where a single weapon or strategy does not dictate how, or with whom, you spend your time.” (Maybe if DLCs—okay, every level in the game—weren’t just the same maps run in reverse I’d be inclined to agree with that assessment.)

So at least now while you’re waiting on your 8-second Ice Breaker cool downs (also to be in the new patch), now you have some time to admire the five Gjallarhorns in your inventory you just bought. 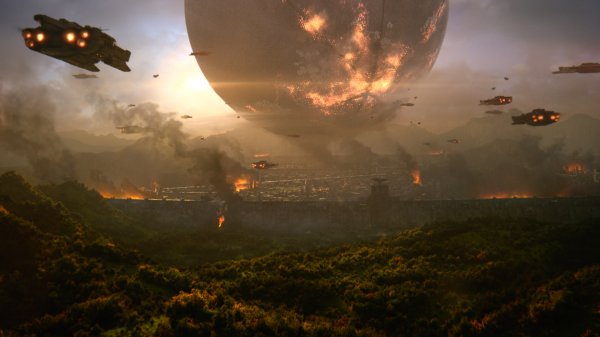