Former Secretary of State Hillary Clinton outlined plans Friday to make it easier for students with children to complete a college degree.

In a town hall in Dubuque, Iowa, the Democratic presidential candidate continued her week-long focus on college affordability, what she terms a “new college compact,” announcing she would seek to dramatically increase in federal funding for college child-care centers while creating a new grant program for such students.

“One out of every four post-secondary students in America is also raising a child,” Clinton said in Dubuque. “They need help, and I want to help these young people get their educations so that they and their children have a better life.”

According to Clinton’s campaign, her plan would boost funding for the Child Care Access Means Parents in School Program from $15 million to $250 million, which provides grants to campus-based childcare centers. She would also create a $1,500 grant for parents with children who meet certain academic targets called the, Student Parents in America Raising Kids program, which is modeled on a similar program Clinton created as First Lady of Arkansas.

Earlier this week, Clinton announced the broad outlines of the college plan, which she says would keep those attending public colleges and universities from needing to take out loans for their education.

According to her campaign, Clinton would pay for the proposal by closing tax loopholes for those with high incomes. 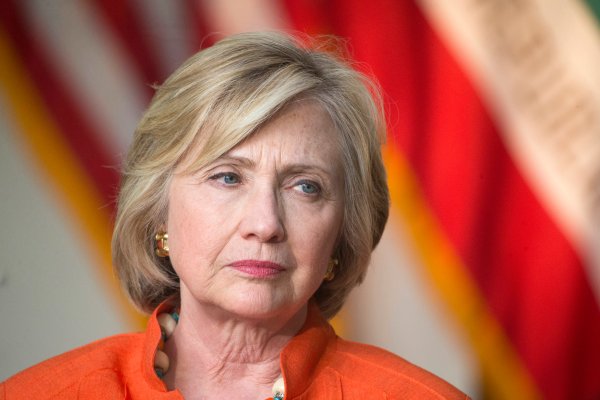 Hillary's Lawyer Ready for War
Next Up: Editor's Pick