Jeb Bush Should Say ‘No’ to Torture

Republican presidential candidate former Fla. Gov. Jeb Bush speaks during a forum sponsored by Americans for Peace, Prosperity and Security at St. Ambrose University in Davenport, Iowa on Aug. 13, 2015.
Charlie Neibergall—AP
Ideas
By Christopher J. Hale
Hale is a Democratic politician from Tennessee; he has been a Catholic nonprofit executive and helped lead faith outreach for President Barack Obama.

On Thursday, Jeb Bush refused to rule out the practice of torture if he were elected president. This was a departure from his remarks earlier this year when he said that his brother George W. Bush’s torture program was no longer necessary.

Bush’s indication that he would be open to using torture puts the 62-year-old Catholic convert at odds with Pope Francis, who has called for the universal abolition of torture, which he says is a “very grave sin.”

This isn’t Bush’s first public disagreement with Francis this summer. In June he said that Francis shouldn’t get too involved in the global climate change discussion because it risked politicizing religion. “I hope I’m not going to get castigated for saying this by my priest back home,” Bush said about Francis’s groundbreaking June 19 climate change encyclical letter. “But I don’t get economic policy from my bishops or my cardinals or my pope.” (Bush sang from a different hymnal just six years earlier: “As a public leader, one’s faith should guide you.”)

Bush’s disagreement with Francis on climate change wasn’t surprising, but his dissent on torture is. Bush has built much of his political career around his pro-life bonafides. Most notable was his decision to intervene in the case of Terri Schiavo, a Florida woman whose final years in a vegetative state stirred up a national conversation about the rights of persons who are incapacitated and when and how their lives should end if they leave behind no directives. At the time, Bush called the Schiavo case “the toughest issue” in his political career and one that “transcends politics and policies.”

Couldn’t one say the same of torture?

Bush should consider the words of Arizona Senator John McCain last December, who was a victim of torture during his time as a prisoner of war in Vietnam:

Conscience. This explains why Barack Obama banned forms of interrogation torture in 2009. And this must be the reason that Jeb Bush says ‘no’ to the practice today.

In the Gospel of Matthew, Jesus tells us to love our enemies and to pray for those who persecute us. In a post-9/11 world where violence, terrorism, and war run rampant, such ideas perhaps seem a bit Pollyannaish.

So if that doesn’t compel Bush to reconsider, perhaps this does: Torture doesn’t work. As a man who promises to take Washington “out of the business of causing problems,” surely he can see continuing a ban on the ineffective and immoral practice of torture is a perfect way to help fulfill that lofty ideal. 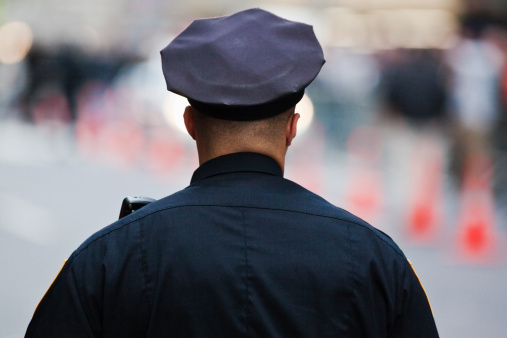 Policing My Hometown Is a Labor of Love
Next Up: Editor's Pick