Your Guide to the Paris U.N. Climate Talks

As the preparations for the global climate change conference in Paris in December heat up in parallel with the planet, negotiators in the United Nations climate talks recently released a proposed skeleton agreement. The draft includes the key pieces of a legal agreement that are meant to be finalized by nearly 200 countries in Paris.

The text is very much an early draft, littered with alternative wordings and unsettled provisions, but it provides the clearest illustration to date of what kind of agreement countries are heading toward.

The documents also bring to light the many politically sensitive issues negotiators will need to grapple with in Paris.

Why Paris is different

Typically, global environmental treaties, including earlier ones on climate change from 1992 and 1997, set out comprehensive legal commitments – a cornerstone of international law. But the ill-fated Copenhagen meeting in 2009 showed in spectacular fashion that this approach is no longer possible on climate change. There, the United States, China, India and other leading countries outside the European Union sharply rejected the idea that each country in the United Nations process should take on negotiated, legally binding targets for reducing greenhouse gas emissions.

Instead, the hastily scrambled together Copenhagen Accord ended up a political document, merely encouraging countries to submit voluntary, and widely varying, greenhouse gas targets for 2020. Since then, the leaders of China, the United States and other countries have voiced support for more concerted action, but many still prefer to keep any national targets voluntary. In typically awkward U.N.-speak, these are called Intended Nationally Determined Contributions (INDCs).

Consequently, countries in Paris will seek to develop a new hybrid approach. The intent is to establish a universal legal agreement that lays out basic provisions, but each countries’ INDCs are submitted separately, and implementation issues are intended to be addressed in political decisions adopted separately at the Paris meeting.

But not all analysts believe that legal obligations are always superior to more political approaches. Because countries tend to respect international law, they may simply elect to not sign up to rules they cannot (or do not want to) abide to. In that case, the choice is between a legal treaty with only a few members, and a legally weaker agreement with more members. With the top 10 emitting countries responsible for two-thirds of global emissions, leaving any of these countries standing on the sidelines would be highly problematic to any multinational climate agreement.

Since Copenhagen, the international political scales on climate change have tipped away from the traditional treaty system to one that embraces a higher degree of voluntarism. This has paid some dividends in the form of greater participation. Among those that have already submitted their INDCs for 2030 are China, the United States, the European Union and Japan.

How solid is U.S. commitment?

But despite this political buy-in from leading emitters, there are several potential pitfalls ahead.

International legal agreements depend on countries’ willingness to incorporate them into national law and to implement and enforce their obligations through domestic institutions. Once international commitments are enshrined in domestic law, there is a significant hurdle for political leaders to backtrack, which would have both national and international implications.

Yet in some instances, countries may more actively follow through on voluntary promises to cut greenhouse gas emissions by, for example, expanding renewable energy generation and improving energy efficiency. This is in large part because what countries set out to do in their INDC is often already national policy and/or measures they are confident will be adopted later. In other words, countries are prone to only submit INDCs that are clearly within reach.

But all of this is dependent on one critical aspect: that future national political leaders honor political promises made by today’s leaders in Paris. This is true for all countries, but uncertainties about the future path of the United States, in particular, stand out.

The Obama administration favors voluntary INDCs partly because the US contribution was formulated within the executive branch and so does not require congressional approval. The Obama administration this month released the Environmental Protection Agency (EPA) Clean Power Plan that sets limits on carbon emissions from power plants. That mandate along with fuel efficiency standards for vehicles and other measures are the primary methods for meeting the US emissions reductions pledge.

However, this means that the next White House occupant is free to decide U.S. international climate change policy. Here, the very large differences between presidential candidates on climate change can have substantial national and foreign policy ramifications, as countries and trading partners will expect the U.S. to fulfill earlier promises.

Another central issue that the skeleton agreement draws attention to is financial support for developing countries to mitigate and adapt to the effects of climate change.

These are, in many instances, both among the first ones to feel the negative impact of, for example, temperature increases and changes in precipitation and weather patterns, and those that struggle the most to deal with growing adaptation needs. They have also contributed very little to the problem, having historically low emissions.

The U.N.-organized Green Climate Fund is intended to generate $100 billion a year from public and private sources by 2020, but we have so far seen little of that. Connected to a much larger and longstanding debate about funding for sustainable development, developing countries insist that financial contributions from donor countries should be mandatory, but industrialized countries prefer voluntary mechanisms.

These fundamental financial disagreements also tie in with related debates around how to best to prepare developing countries and transfer technologies for climate change mitigation and adaptation.

These discussions are further complicated by the lack of consensus on how to design the basic mechanisms for monitoring, reporting and verifying countries’ measures for emissions reductions.

At the same time, developing countries are increasingly forced to quickly figure out how to best limit negative consequences of climate change and how to design working strategies to reduce vulnerabilities and enhance resilience. Here, the rich can start learning from the poor, who are the ones doing much of the on-the-ground experimentation and innovation.

Critically, we will likely not be able to keep average global temperature increases under two degrees Celsius, an important benchmark climate scientists have recommended to avoid more dramatic disruptions.

The latest report of the Intergovernmental Panel on Climate Change (IPCC) calculated that total, cumulative anthropogenic carbon emissions need to stay below 1,000 gigatons of carbon in order to not exceed the two-degree threshold. By 2011, countries had already emitted over half of this budget, and if current emission trends continue, we will exceed the budget before 2050.

The Paris pledges and other mitigation efforts so far are not ambitious enough to keep us below the 2 degrees Celsius target, according to independent research initiative Climate Tracker. And even after emissions are drastically reduced, the climate changes that occur will be with us for the next thousand years. Thus, the Paris negotiations and our actions in the next three decades will determine the future of the climate for the next millennium. 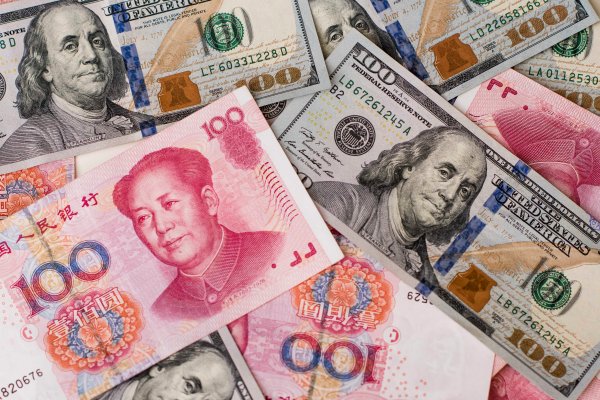 The U.S. Shouldn’t Fret Over Cheaper Yuan
Next Up: Editor's Pick