Jeb Bush Is Not the Only 2016 Candidate Open to Torture

Former Florida Gov. Jeb Bush’s statement Thursday that he would not rule out resuming the use of enhanced interrogation techniques was as interesting for what he said as what he didn’t.

The Republican presidential candidate told a group of Iowa Republicans that he wasn’t sure whether he’d repeal an executive order banning certain interrogation techniques signed by President Obama.

“I don’t want to make a definitive, blanket kind of statement — this is something I’m not struggling with,” Bush said. “I’m running for president. I’m not running for the Senate or running for governor. When you’re president your words matter, and I’m cautious about making commitments without having all the facts because this is a serious one.”

Bush’s position is not all that out of step with his Republican rivals. Many in the 2016 field have a similar view: They aren’t enthusiastic about torture and probably wouldn’t use techniques like waterboarding on people suspected of terrorism, but they don’t want to say exactly what they would and wouldn’t do. The position boils down to three words: Just trust us.

Take South Carolina Sen. Lindsey Graham. In June, he bucked his political twin, Sen. John McCain of Arizona, and voted against a measure that would categorically ban torture. The hawkish Graham said he opposed torture, of course, but was against publicly telling America’s enemies what they would face if caught. It was a rare split with McCain, who was tortured as a Vietnam POW and has been among the most ardent opponents of any form of abuse toward prisoners.

Or consider Florida Sen. Marco Rubio. The Florida Republican missed that vote on torture but later said he would have cast his ballot against it. “I do not support telegraphing to the enemy what interrogation techniques we will or won’t use, and denying future commanders in chief and intelligence officials important tools for protecting the American people and the U.S. homeland,” he said in a statement at the time.

And during last week’s debate, retired neurosurgeon Ben Carson won applause for this answer to a question about waterboarding: “You know, what we do in order to get the information that we need is our business, and I wouldn’t necessarily be broadcasting what we’re going to do.”

To be sure, there are those who remain steadfast in their opposition to torture, which began as President George W. Bush was prosecuting wars in Iraq and Afghanistan and hunting al-Qaeda leaders who plotted the Sept. 11, 2001, terrorist attacks. Sens. Rand Paul of Kentucky and Ted Cruz of Texas both voted for the torture ban earlier this summer. “Torture is wrong, unambiguously,” Cruz said at the time.

Republican voters are much less critical of the tactics. A national poll by the Pew Research Center from December showed that more than three-fourths of Republicans say the CIA’s post-9/11 interrogation techniques were justified, compared to only 37 percent of Democrats and roughly half of independents.

In 2012, foreign policy advisers to Republican presidential nominee Mitt Romney recommended that he overturn Obama’s executive order and resume the interrogation program in a private memo, while Romney said he did not believe that waterboarding, in which suspects are made to feel as though they are drowning, was a form of torture.

The 2016 field is more publicly ambivalent about endorsing torture techniques, but it’s not clear yet what that would mean if they move into the Oval Office in 2017.

Correction: This article originally cited a report that misquoted Bush’s remarks about struggling with torture. He said it was not an issue he was struggling with. 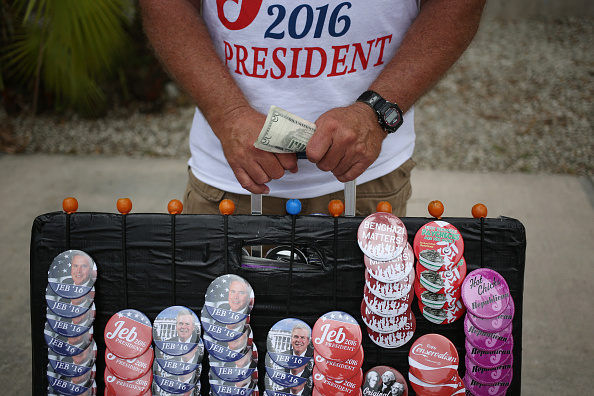