A man gestures on the side of West Florissant Ave. as demonstrators prepare to protest for another night in Ferguson, Miss. on Aug. 12, 2015.
Lucas Jackson—Reuters
By Victor Luckerson

St. Louis County officials ended the state of emergency in Ferguson, Mo. Friday that was put in place after a series of protests marking the one-year anniversary of the killing of Michael Brown.

Mostly peaceful protests began anew last weekend in Ferguson, which became a focal point of national attention after Brown was shot by officer Darren Wilson last August. However, on Sunday night gunfire broke out, and an officer shot and injured 18-year-old Tyrone Harris, who police say was shooting at them. The teen was charged with assault on law enforcement, armed criminal action and shooting a firearm at a vehicle. The state of emergency was declared after the incident.

In the year since Brown’s death demonstrations have erupted nationwide as shootings of black people by police have gained widespread attention and at times have been documented on camera. In Ferguson, dozens of protesters were arrested during the week but none have been since Wednesday. 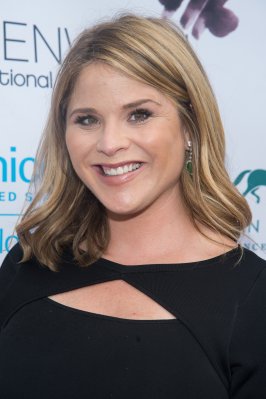 Jenna Bush Hager Names New Baby After Her Grandpa
Next Up: Editor's Pick