Cops are more likely to be murdered on the job in states with higher rates of gun ownership, according to a new study.

A policeman was most recently shot to death in Shreveport, La., on Aug. 5. Officer Thomas LaValley was responding to a domestic violence call, which accounts for 15% of police killings. Louisiana has a higher-than-average rate of gun ownership. 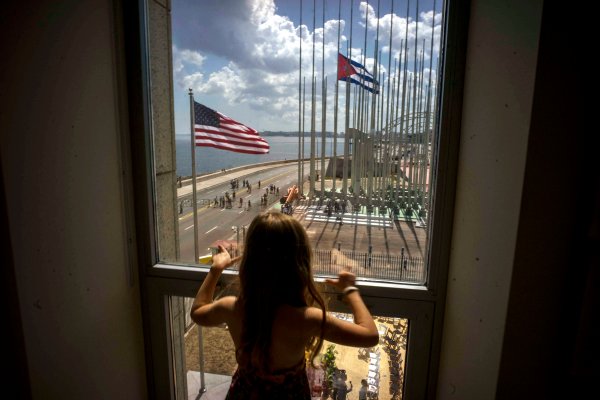 Stars and Stripes Fly Over Havana After 54 Years
Next Up: Editor's Pick