Ferguson's Interim Police Chief Was Suspended 3 Times in the Past

Andre Anderson, left, speaks with Ferguson City Council member Wesley Bell after being introduced as the the interim chief of the Ferguson Police Department during a news conference on July 22, 2015, in Ferguson, Mo.
Jeff Roberson—AP
By Erik Oritz / NBC News

Troubling questions are swirling around the man hired to help fix the scandal-plagued Ferguson police department.

Andre Anderson — a veteran Arizona cop and the interim chief of the Ferguson Police Department — was previously suspended three times in one year, the news website Vocativ found through a Freedom of Information Act request. He also had an order of protection against him and was accused of falsifying official documents, Vocativ said.

Anderson is on a six-month break from his post as police commander in the Phoenix suburb of Glendale — using vacation and then unpaid leave for his time off. 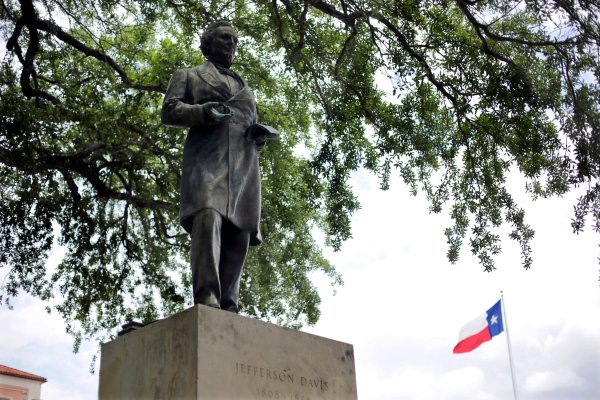 University of Texas to Move Statue of Confederate President
Next Up: Editor's Pick