What, in the name of our alleged lizard overlords, convinces a person to believe in conspiracy theories?

According to a pair of new studies published in the journal Applied Cognitive Psychology, conspiracy theorists—and there are a lot more of them than you may think—tend to have one thing in common: they feel a lack of control over their lives.

Jan-Willem van Prooijen, associate professor in social and organizational psychology at VU University Amsterdam, has been studying conspiracy theories and those who believe them for six years. “When I started this research, one of the things that I really found astonishing was how many people believe in certain conspiracy theories,” he says.

MORE: Extraterrestrials on a Comet Are Faking Climate Change. Or Something

Conspiracy theories often crop up during times of uncertainty and fear: after terrorist strikes, financial crises, high-profile deaths and natural disasters. Past research suggests that if people feel they don’t have control over a situation, they’ll try to make sense of it and find out what happened. “The sense-making leads them to connect dots that aren’t necessarily connected in reality,” van Prooijen says.

He and his team showed that the opposite is also true: feeling a sense of control is protective against believing conspiracy theories. In one of the studies, they split 119 people into two groups and told one group to write down times when they were totally in control; the other group was told to jot down a time when they didn’t feel in control. (This gave one group a powerful feeling, while the other felt helpless.)

The researchers then surveyed their attitudes on a building project in Amsterdam that accidentally destroyed the foundations of many houses, and which many people believed was a conspiracy of the city council. But those who had been primed to feel in control were less likely to believe the government was up to something evil. “We found that if you give people a feeling of control, then they are less inclined to believe those conspiracy theories,” he says. “Giving people a sense of control can make them less suspicious over governmental operations.”

MORE: What The Jade Helm 15 Conspiracy Theory Reveals About Americans

The Dutch, of course, aren’t the only believers. The second experiment looked at survey data from a nationally representative sample of Americans conducted in the last months of 1999 leading up to Y2K. “The more that people feared the millennium bug in 1999, the more likely they were inclined to believe in other conspiracy theories, ranging from Kennedy to the government hiding evidence of the existence of UFOs,” van Prooijen says. The best predictor of believing in one conspiracy, he says, is believing in another.

This finding backs up data from another group last year, which found that 37% of surveyed Americans believe that the FDA is deliberately preventing the public from accessing natural cures for cancer because they’re beholden to drug companies.

These beliefs can be very hard to change, but giving people a feeling of control could help dispel some conspiratorial beliefs, the new research suggests—a finding that could prove useful worldwide. “There are no doubt cultural variables influencing it,” van Prooijen says. “But the essence of conspiracy theorizing is, I think, universal in human beings. People have a natural tendency to be suspicious of groups that are powerful and potentially hostile.” 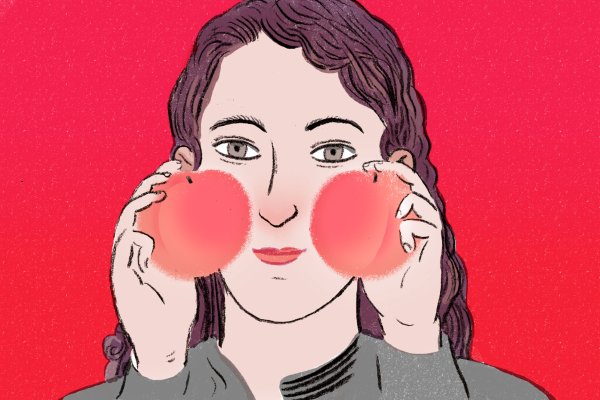 You Asked: Why Do I Blush So Much?
Next Up: Editor's Pick