This Year's El Niño Could Be the Strongest Ever Recorded

The world could be headed for one of the strongest El Niños in recorded history, the National Oceanic and Atmospheric Administration (NOAA) said Thursday. A strong El Niño event would disrupt weather patterns across the globe, boost global temperatures—and help relieve California’s historic drought.

El Niño, a climate phenomenon triggered by unusually warm temperatures along the equatorial Pacific, affects weather across the planet. The warmer Pacific surface temperatures are above the norm, the more significant forecasters predict El Niño will be. This year, climate forecasters observed sea surface temperatures more than 3.6°F (2°C) above average across the east central Pacific Ocean. That level of heat has only been recorded three times in the last 65 years, and all three occurrences matched with strong El Niño events.

“Since March above normal sea surface temperatures across the equatorial Pacific have continued to increase,” said Mike Halpert, deputy director of NOAA’s Climate Prediction Center, on a conference call for journalists. “We’re predicting this El Niño could be among the strongest El Niños in the historical record.”

“This definitely has the potential of being the Godzilla El Niño,” added Bill Patzert, a climatologist with NASA’s Jet Propulsion Laboratory in La Cañada Flintridge.

The rise in Pacific temperatures during El Niño changes the way air circulates across the globe, impacting precipitation patterns and climate. Globally, El Niño also increases temperatures, making it even more likely that next year will break records as the warmest ever. The 1997-1998 El Niño contributed to making 1998 one of the warmest years on record. That year is the only year before 2000 to rank in the top 10 warmest.

El Niño will likely contribute to above average precipitation across much of the southern United States, all the way from California to Florida. Areas surrounding the northern Rocky Mountains, the Great Lakes and Western Alaska will likely receive below average precipitation. El Niño has already played a part in a relatively weak Atlantic hurricane season by spreading storms over a larger area, and thereby decreasing the chance they develop into hurricanes. NOAA models suggest that El Niño will peak in fall 2015 and continue into the spring of 2016.

For California, El Niño will likely bring welcome relief from a years-long drought. The 1997 El Niño event broke precipitations record in the state and led to severe flooding.

But while the area will almost certainly receive increased rainfall, experts say the state will still have a way to go to alleviate drought even with a strong El Niño. For one, California’s drought has lasted four long years—one year of heavy rainfall won’t make up for that deficit. (A recent NASA report indicated that California’s rain debt is equivalent to one full year of average precipitation.) El Niño would need to generate up to 3 times the average rainfall to balance out the drought. In California’s wettest year on record, California received only 1.9 times what it gets in rain during an average year, according to Kevin Werner, NOAA director of western region climate services.

Nor will it help that the climate event will likely only increase precipitation in the southern part of the state, far away from the mountain tops and reservoirs that provide most of California’s water.

“Just because something is favored, it doesn’t guarantee it will happen,” said Halpert. “More importantly for California…one season of additional rain and snowfall is unlikely to erase four years of drought.”

Read next: Searching Questions Asked in the Aftermath of the Tianjin Blasts 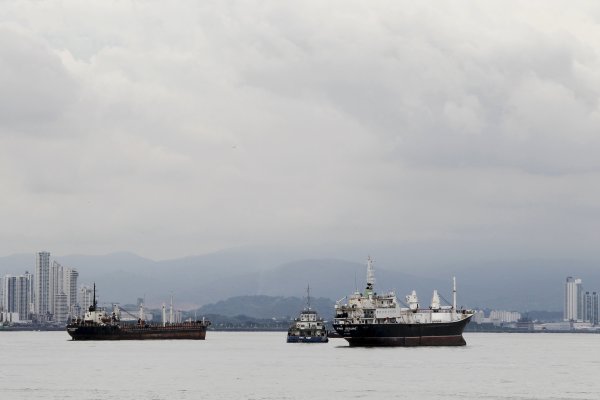