Here's a Surprising Theory That Connects Frozen and Tarzan

Good news for the Frozen princesses: their parents survived the shipwreck. And, according to one of the animated movie’s directors, they spawned another Disney character.

Last year during a Reddit AMA, Frozen director Jennifer Lee wrote that her co-director, Chris Buck, imagined that Anna and Elsa had a brother — Tarzan. “According to Chris, [Anna and Elsa’s parents] didn’t die on the boat. They got washed up on a shore in a jungle island. The queen gave birth to a baby boy. They build a treehouse. They get eaten by a leopard ..”

Buck clarified the relationship during an interview with MTV this week. “When you’re working on a feature, you have a lot of time to think about stuff because it takes four years to make one. I think Jen and I were walking to a meeting, and I just start to tell her the entire story … [I]n my little head, Anna and Elsa’s brother is Tarzan — but on the other side of that island are surfing penguins, to tie in a non-Disney movie, Surf’s Up. That’s my fun little world.”

So could Tarzan show up in the already greenlit Frozen 2? Doubtful. While Frozen was the highest-grossing animated film of all-time, Tarzan ranks 43rd, one of Disney’s bigger box office disappointments. 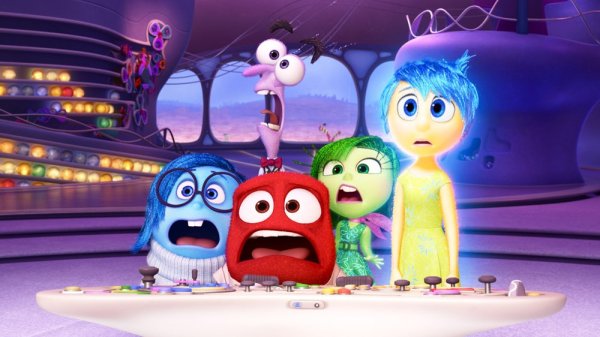 Watch Riley Go on Her First Date in New Inside Out Short
Next Up: Editor's Pick