Transgender Transition Care Will Cost the Military this Much

New analysis shows that the costs Huckabee alluded to won’t be much at all.

Aaron Belkin, a professor of political science at San Francisco State University, told Reuters that transition care for transgender members of the United States military would cost around $5.6 million—an amount he called “little more than a rounding error,” considering the military’s total expenditure. The $5.6 million sum breaks down to $0.22 per service member per month.

Belkin arrived at his conclusion by estimating how many closeted transgender people currently serve, and examining the precedent set by Australia, which already funds transgender-related care. The surgery and hormone therapy often included in transition care for transgender individuals can run around $30,000 over the course of several years. Belkin predicts that about 188 service members would receive such care. The prevalence of transgender individuals in the military is twice as high as in the general population—a fact that might be attributable to “many transgender women – those born male but identifying as female – seek[ing] to prove to themselves that they are not transgender by joining the military and trying to fit into its hypermasculine culture,” Belkin told Reuters.

The analysis is noteworthy because in July, Secretary of Defense Ash Carter expressed his support of transgender individuals serving openly in the military; he asked a working group to examine the issue with the presumption that transgender people can serve openly without adverse effect.

Many corporations—one-third of Fortune 500 companies—offer transgender-inclusive healthcare. Early data on the city of San Francisco’s coverage of transgender-related healthcare showed that the benefit was not all that costly, which helped it go mainstream. 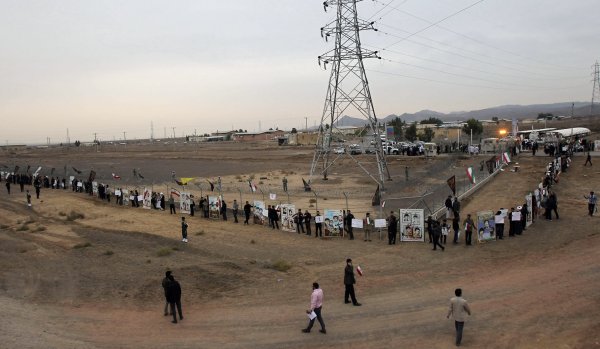 Keeping the World's Eyes on Iran’s Nuclear Menace
Next Up: Editor's Pick