Samsung is taking on Apple and Google with its own mobile payment system. At a press event in New York Thursday, the company announced Samsung Pay, a new contactless payment system that lets people buy products in physical stores with their phones.

While Apple’s Apple Pay and Google’s Android Pay rely on Near Field Communication sensors to interact with point-of-sale systems at retailers, which are not yet widely distributed, Samsung is using a technology called Magnetic Secure Transmission that will allow Samsung Pay phones to communicate with the typical magnetic strip reader found in credit card terminals around the country (Samsung Pay also supports NFC). Like other mobile payment systems, customers use their fingerprint to confirm a purchase after they’ve placed their phone near a point-of-sale system at the register. “It is easy, safe, and most importantly, available virtually anywhere you can swipe a card, in most cases without new costs for merchants, from day one,” JK Shin, CEO of Samsung’s mobile division, said in a release.

Samsung Pay will come preloaded on the new Galaxy S6 edge+ and Galaxy Note5 and will be available as a free download on the Galaxy S6 and S6 edge. The app launches in Korea on Aug. 20 and in the U.S. on Sept. 28, with later rollouts planned in the U.K., Spain, and China. Samsung is partnering with major credit card companies American Express, Visa, MasterCard and Discover, as well as banks such as Chase, Bank of America and U.S. Bank. 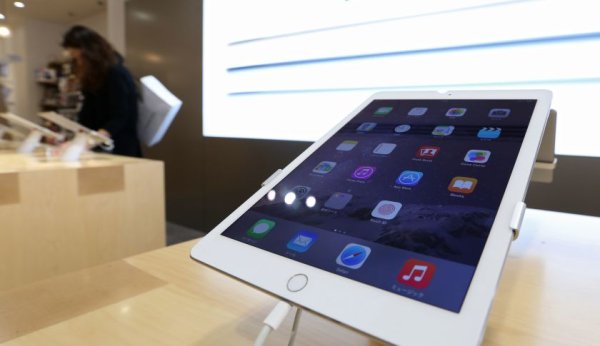 Apple Wants to Make the iPad More Work-friendly
Next Up: Editor's Pick