David Oyelowo Is Officially the Next James Bond (Sort of)

David Oyelowo announced Wednesday that he will join the long line of actors—from Roger Moore to Sean Connery to Pierce Brosnan to Daniel Craig—who have portrayed Ian Fleming’s legendary secret agent, James Bond. But the role won’t require Oyelowo to don Bond’s dapper formalwear, as he’s booked not for a movie but an audiobook.

Oyelowo was asked by Fleming’s estate to voice Bond and other characters in the audiobook version of Trigger Mortis, a forthcoming novel by Anthony Horowitz commissioned by Fleming’s estate. The book, to be published Sept. 8, picks up two weeks after Goldfinger left off, in 1957, and reunites Bond with Pussy Galore.

Oyelowo, who has worked as an actor for more than 15 years, rose to fame for his depiction of Martin Luther King, Jr. in Ava DuVernay’s Selma, released in 2014. Though he won’t appear onscreen, he will be the first black actor to portray Bond. And as he is scheduled only for the audiobook, fans still hoping that those Idris Elba rumors might pan out need not feel threatened by the news—the Bond family is ever expanding. 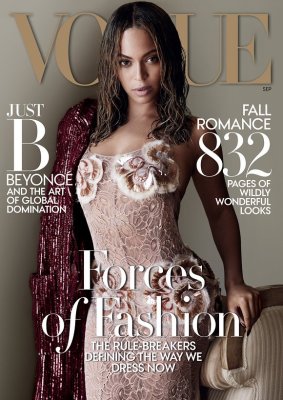 Check Out Beyoncé's Cover for Vogue’s September Issue
Next Up: Editor's Pick