In a month that’s seen companies like Netflix, Adobe, and Microsoft expand their parental leave policies, private equity firm KKR is going a step further. The company is extending paid leave for new parents and allowing them to bring their babies and caregivers on business trips at the firm’s expense.

The new perk, reported by Bloomberg, is part of the private equity firm’s efforts to add women and minorities to its ranks. This year, twelve women are included in the firm’s 93 senior professionals, according to Bloomberg.

Employees who are a baby’s primary caregiver will be allowed to travel with their new child and a nanny up until the child’s first birthday, with KKR footing the bill for the additional transportation, lodging, and meal expenses. New parents, including those who adopt or use a surrogate, are also getting four more weeks of paid leave—16, up from 12— as part of KKR’s sweetened parental leave policy. The firm is also doubling the amount of time off available to parents who aren’t a baby’s primary caregiver, from five days to 10.

KKR’s move comes a week after Netflix made the unprecedented step of giving new parents unlimited paid leave in the year after welcoming a new child. Microsoft also extended its parental leave last week and Adobe did so on Monday.

Companies’ efforts to offer new parents more paid leave stands in stark contrast to the United States’ federal policy, which does not guarantee any paid leave following the birth of a child.

While KKR’s new policy is commendable—as are the other companies’— it’s further evidence that paid leave is a privilege for workers who already have it good. According to the Bureau of Labor Statistics, of the top 10% of wage earners, 22% receive paid family leave. In the highest quarter of wage earners, it’s 21%. Meanwhile, just 5% of workers in the lowest 25% of wage earners have access to paid time off for family matters.

Read next: How to Keep Your Baby From Ruining Your Credit 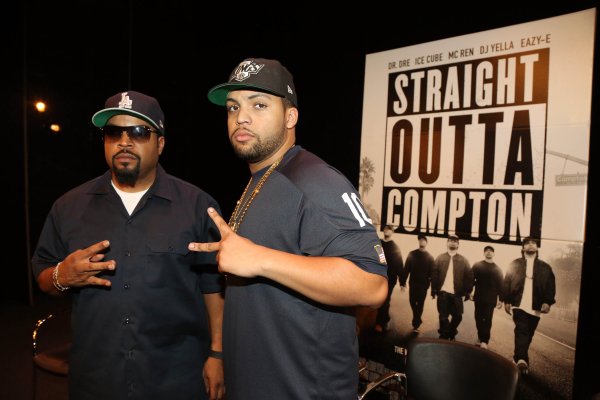 Movie Theaters Beef Up Security for Straight Outta Compton
Next Up: Editor's Pick