Attention Lord of the Rings fans: Minas Tirith might be real — eventually.

A self-professed “ambitious team of architects and structural engineers” has launched a crowdfunding campaign to raise the necessary funds to build the fictional city created by J.R.R. Tolkein and visualized by Peter Jackson in his cinematic version of Lord of the Rings.

The architects ran the numbers and realized they would need approximately £1.85 billion (about $2.82 billion USD) to fully fund the project. Any leftover money would be used for the upkeep and maintenance of the new city of Minas Tirith and was projected to last until 2053. On their Indiegogo page, the team wrote, “We believe that, in realising Minas Tirith, we can create not only the most remarkable tourist attraction on the planet, but also a wonderfully unique place to live and work.”

The team has given themselves 60 days to raise the cash, which is as steep a climb as the stairs of Minas Tirith will be when the project reaches completion. To encourage donation, they’ve set up some attractive rewards. If you donate £100,000 ($155,800 USD) you earn the title of Lordship or Ladyship of the City, while a mere £3 (around $4.70 USD) donation gets you a follow on Twitter. At the time of publication, the Indiegogo campaign had raised more than £16,000 ($24,000 USD), but still had 48 days to raise the rest.

Read next: Watch a Supercut of Every Onscreen Death in the Lord of the Rings Trilogy 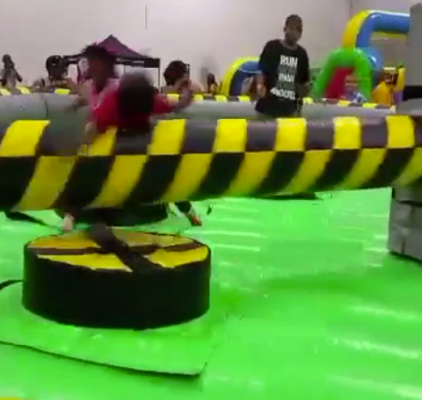 This Vine Has Inspired the Best Memes You'll See All Week
Next Up: Editor's Pick