See Tom Hiddleston as Hank Williams in I Saw The Light

Sony Pictures Classics has released the first look at Tom Hiddleston as country music legend Hank Williams in the upcoming biopic I Saw the Light.

The image shows a clean-cut Hiddleston (no Loki hair or Avengers intergalactic garb here) wearing a cowboy hat and dressed in a suit and tie.

I Saw the Light will follow Williams’ rise to fame and tragic personal life, which ended with his death at age 29 from heart failure after battling alcoholism, prescription drug abuse and back problems.

The film, written and directed by Marc Abraham, is named for Williams’ 1948 song of the same name and based on the 1994 book Hank Williams: The Biography. It opens in limited release on Nov. 27, and will go nationwide after that. 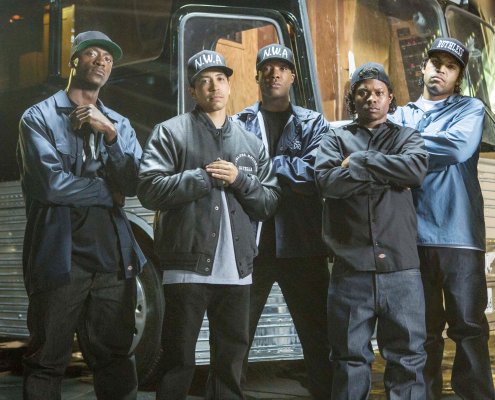 Review: Straight Outta Compton Is a Bio-pic With a Sanitized Attitude
Next Up: Editor's Pick