What the Toy Aisle Can Teach Us About Gender Parity

When Target announced on Aug. 7 that its stores would be retiring signage that directed boys to buy certain toys (trucks, action figures) and girls to buy others (dolls, frilly costumes), hundreds flocked to its website to complain. “This is beyond stupid,” wrote one customer, vowing to forsake the mass retailer. “Boys will always be boys and girls will always be girls!” Stop kowtowing to the “PC police,” sniped another.

But those voices met with ample resistance. Many parents and commenters expressed support–even elation–after the announcement, no doubt because they’ve started to realize something psychologists have been saying for years: that children will be better off if they’re not forced into gendered boxes. It’s natural for kids to experiment with different toys and identities. Dismissing such tendencies “can be so limiting on how kids view themselves, on what skills they develop and what their interests become,” says Debbie Sterling, CEO and founder of GoldieBlox, which makes engineering-focused toys for girls.

It’s also an urge driven in large part by marketing. “There are more similarities than differences between the genders,” says Stephanie Coontz, an author and historian who teaches family studies at Evergreen State College. In the early 20th century, for example, pink–now the signature color of princesses–was considered a hue more appropriate for boys. During World War II, Coontz notes, women proved that they could do traditionally masculine jobs, like working in factories, while their kids played with nongendered toys, like red Radio Flyer wagons.

But by the ’80s, companies like Mattel and Hasbro had figured out they could make more money by creating two separate toy markets. And so the era of “blue for boys, pink for girls” exploded; along with it came a host of new stereotypes about what we should like and how we should be.

Those expectations play out well beyond childhood. Today’s women, who grew up at a time when girls were not encouraged to pick up G.I. Joes, are still excluded from roughly 177,000 posts in the Army, a branch of the military that segregated genders until nearly 1980. (Women were initially viewed as incapable of commanding men, says military historian Beth Bailey.) Today’s men, many of whom were raised to battle with action figures rather than nurture baby dolls, still rarely pursue careers in nursing or child care.

Of course, none of this means that there are no differences between men and women or that emphasizing them can’t be helpful. Most people, for instance, are not clamoring for dating sites that list only “people seeking people.” And fighting for equality often entails highlighting gaps between the sexes, especially in areas like economic standing. “But play is a way to learn about who we become as adults,” says Ellen Dubois, who teaches history and gender studies at UCLA. “Toys and what they signify, which is the free expression of play among children, should be as open and diverse as possible.”

Beyond Target’s decision, there are signs that we, as a society, are starting to embrace more-fluid gender roles. In May, organizers in Utah launched what’s believed to be the first all-girls tackle-football league, and advocates are pushing for more mixed-sex sports prepuberty. “It’s healthy for boys to understand that women can play just as skillfully and with just as much strength and grit as the boys do,” says Nancy Hogshead-Makar, CEO of Champion Women and a former Olympic swimmer. And the Pentagon is preparing to address the issue of why any combat slots should be closed to women.

The transgender-rights movement–now more visible than ever–has also pushed us to question how we divide and limit the sexes. On Aug. 10, Seattle became the third city to mandate that all single-stall bathrooms be labeled unisex. The move was driven by people who often say they feel unwelcome in the men’s room and the women’s room–and who, as kids, were likely to feel as if they were forced into the wrong-gendered toy aisle. “I would have died to just be able to go to a box of toys and pick out whatever I wanted rather than what I was expected to,” says Sasha Buchert, a transgender attorney living in the Bay Area, “whether it was a ball or a Barbie doll.” 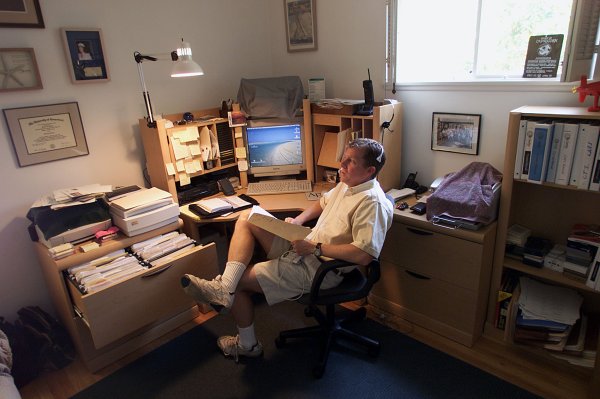 How Complaining at Work Hurts Your Career
Next Up: Editor's Pick