Review: A Manual for Cleaning Women

As feminism has moved to the forefront of popular culture in recent years, conversations within the movement have become wide-ranging and sometimes self-indulgent: whether women can breast-feed on Instagram, for instance, or wear leggings to work. If she were alive today, writer Lucia Berlin might scoff at such privileged problems. Berlin was underrecognized during her life—she died in 2004 at age 68—but A Manual for Cleaning Women, a collection of her work edited by Stephen Emerson and with a foreword by Lydia Davis, should correct that. These 43 stories, mostly published from the 1960s to the ’80s, illuminate a gritty world where pink-collar workers seek illegal abortions, endure unwanted caresses from strange men and scavenge for pennies to nurse their addictions. Perhaps that is why not many people paid attention to Berlin.

She was mining her own life. Berlin struggled with alcoholism as she drifted between jobs as a teacher, a hospital clerk and, yes, a cleaning woman in Chile, Mexico, Berkeley, Calif., and elsewhere. Along the way, she married and divorced three men and gave birth to four sons. The same characters—liquor-addled parents, sculptors who abandon their wives, naive nuns—are sketched and resketched throughout A Manual, the best versions most infused with Berlin’s caustic humor and a sense of self-discovery.

That wit keeps in check the dreariness of the settings and the various afflictions her characters suffer. “I like working in emergency—you meet men there, anyway” is how a nurse at a hospital begins “My Jockey.” In “Strays,” a film extra plucked from rehab recalls an exchange with Angie Dickinson: She “liked my eye shadow. I told her it was just chalk, the kind you rub on pool cues. ‘It’s to die for, that blue,’ she said to me.”

The most touching stories have fun with the foreboding. “Tiger Bites” is a standout: a 19-year-old divorcée is bullied into considering an abortion in Mexico by her gossipy cousin, who uses the border trip as a vacation. In “Good and Bad,” an American expat in Chile predicts that her communist teacher’s efforts to draw out students’ empathy will fail because “girls feel about their fathers at that age like they do about horses. It’s a passion.” And in “A Manual for Cleaning Women,” a maid Windexes her employers’ coke mirror and saves their sleeping pills “for a rainy day.” (Has Flannery O’Connor crossed your mind yet?)

While Berlin’s tales are of a particular time—one character tells her 11-year-old cousin that crooked stocking seams have sex appeal—hindsight hones their relevance. In the decade since Berlin’s death, the economic chasm between the haves and have-nots has widened, especially among women. Berlin’s stories feel like nudges to a feminist movement that in its eagerness to evolve has left some of the less fortunate behind. 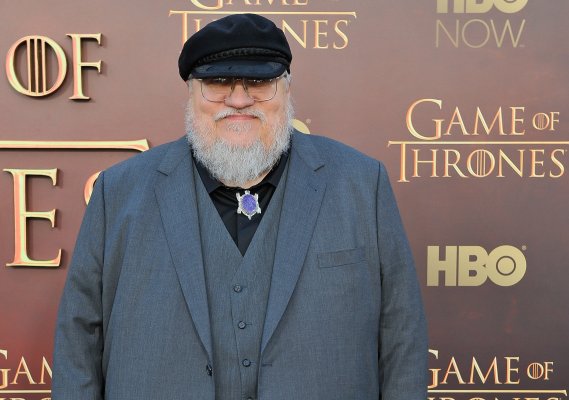 George R.R. Martin Says He Doesn't Know the Ending of A Song of Ice and Fire Yet
Next Up: Editor's Pick