How has Ferguson, Mo., changed in the year since Michael Brown’s death?

We have made progress–not enough, but we’ve made it. We have more African Americans on the city council. We’ve reformed the municipal court system. We have more job training. But this is an institutional bias nationwide, and it involves criminal-justice reform writ large.

What can Democrats be doing to elevate Black Lives Matter?

I’m seeing glimmers of bipartisanship. We just had a hearing, called by a Republican chairman, looking at the federal prison system–95% of the people incarcerated are nonviolent, and we’re spending $70 billion a year.

How are you leaning on the Iran deal?

What killed me is that the Republicans jumped up and down and said, “We need 60 days to consider this treaty.” And it appears most of them made up their mind in 10 minutes that they’re against it. I’m trying to analyze the deal versus what will be the new status quo. I have set up conversations with the Russian, British and Chinese ambassadors. Getting all of them on the phone in August is a challenge.

Marco Rubio is one of your cosponsors on the Campus Accountability and Safety Act. Would he make a good President?

He’s been great to work with, but I disagree with him on so much. I was frankly stunned when he walked away from immigration reform. The right wing started chewing on his heels, and he capitulated. What he did with that issue diminishes his capability in terms of being the President.

In 2006 you said you didn’t want your daughter near Bill Clinton, and in 2008 you supported Obama. Have you patched things up with the Clintons?

I try to be honest about the mistakes I’ve made, and that was certainly one. Hillary Clinton is the clear choice for President. I think she knows how sincere I am in wanting to help her get elected. The notion that there’s this permanent list of people that the Clintons can’t stand is one of many misrepresentations about them.

What did you think of the Planned Parenthood videos?

The videos are horrific. I can certainly believe in a woman’s legal right to decide what happens to her body. But it’s a big mistake to not acknowledge how incredibly inappropriate some of the material is that’s contained in these videos, how callous and cold. They’re edited. They were obtained by fraud, which is not said often enough. If in fact Planned Parenthood was selling fetal tissue for profit, they should be held accountable. I believe the investigations will find that that is not the case.

A state speaker once asked if you “brought your knee pads” when you wanted to get a bill through. Do you see any of that behavior today on the Hill?

I know it’s still going on because we just had a scandal involving sexist behavior toward interns in the Missouri legislature. But I have not seen it from a personal perspective since I came to the Senate.

You write that workplace frustration has pushed you to tears. Do you still cry?

I don’t cry as often as I did when I was a young woman. I think women live longer because we cry more. Can women cry and truly be successful and compete? We can. Acknowledging emotion ultimately makes you stronger.

I’ve done it once at the urging of my kids. But electing the first woman President? Hell, yes, I’m down. Maybe I could talk her into doing one with me, huh? 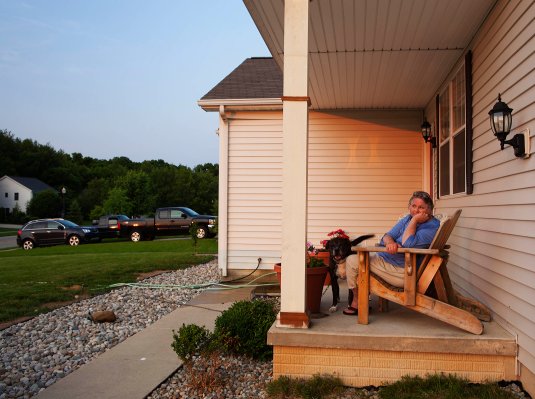 The Agency that's Got your Back
Next Up: Editor's Pick