Autism Is Not a Disorder--It's an Opportunity

A bell curve can be a thrilling place to live. You’ve got the safe and familiar masses in the middle, the faintly eccentric folks off to the sides and then, farther still, the wild and surprising land of the outliers. You think you don’t want to go there–and then, once you do, you never want to leave.

That is the deeply affirming message of NeuroTribes, a new book about the mystery–and history–of autism, by Steve Silberman. Autism, Silberman argues, has had as hard a go as autistics themselves–from long before the 1940s, when psychiatrist Leo Kanner and pediatrician Hans Asperger (yes, that Asperger) first named the condition.

There was the 18th century polymath Henry Cavendish, known both for his scientific genius and for his strange and solitary ways. There were the generations of less fortunate autistics, dismissed as “imbeciles” and marked for extermination in Nazi Germany. There are too the well-intentioned but misguided people of the modern era, who believe they can treat–even cure!–autism with chelation or homeopathy or a gluten-free diet.

But there are other, better tales of families learning to embrace the challenges that define autism–because along with those challenges comes a ferocious focus that could produce a musician or a computer whiz or even a genius like Cavendish. Another new book, Uniquely Human, by Dr. Barry Prizant, makes a similarly optimistic case.

Of course, raising a wunderkind is hardly the reward that awaits every parent of an autistic child. But raising a child who will touch and move and mystify you like no other person in your life, who can see the world through a slightly inclined prism and show you colors beyond the visible spectrum–that’s not so rare. Neurodiversity, both books argue, isn’t always easy. But it is often grand.

Kluger is a TIME editor at large

Correction: The original version of this story misstated the author of Uniquely Human. He is Dr. Barry Prizant. 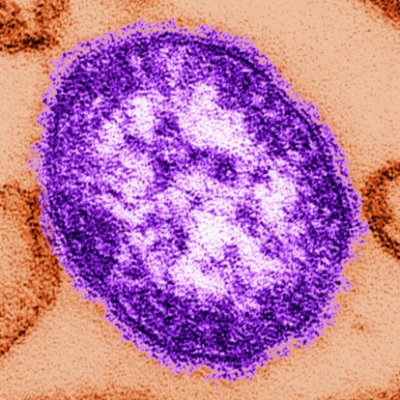 Congo Measles Outbreak Infects at Least 20,000
Next Up: Editor's Pick