Ever since 1998’s Lock, Stock and Two Smoking Barrels, the GRF (Guy Ritchie Film) has stood for rapid-fire banter, slick suits, a vinyl collector’s soundtrack and action sequences that are as winking as they are heart-pounding. Ask the director what defines a GRF and you get a blunt answer: “It’s impossible.” But The Man From U.N.C.L.E. unquestionably is one. Having reinvented the British crime caper, Ritchie now applies his idiosyncratic eye to the spy genre. He told TIME how:

While the Bond and Bourne franchises celebrate tortured antiheroes, Ritchie focused on the “tone and charm” of CIA agent Napoleon Solo (Henry Cavill), a lovable rogue, and KGB operative Illya Kuryakin (Armie Hammer), a stoic with a heart of gold.

In updating the TV drama, Ritchie kept the plot rooted in the “golden age of the spy thriller genre”–the height of the Cold War. He filled the screen with sleek cars and gorgeous backdrops, “getting rid of as much of the chaff of the ’60s without losing any of the character.”

Have a swinging soundtrack.

“The ’60s is when music started becoming very exciting,” Ritchie says of the sultry Italian numbers and smash hits that amp up the film’s energy.

Ritchie’s most distinctive trademark? Wisecracks. U.N.C.L.E. is rife with them, some improvised by the actors with the director’s encouragement. Solo’s boss (Hugh Grant) takes note of a bumbled plan thusly: “For a special agent, you aren’t having a very special day, are you?” 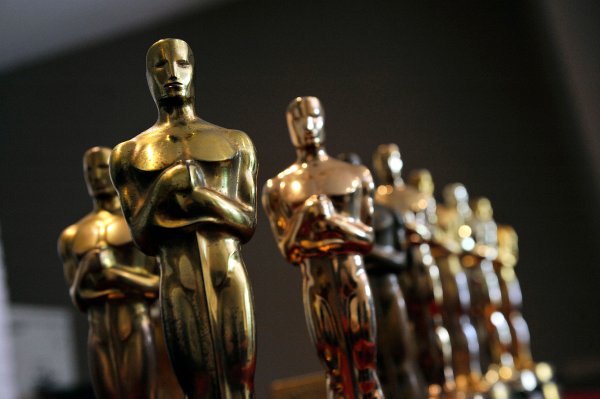 Court Rules Academy Can Reclaim Oscar Statue for $10
Next Up: Editor's Pick