“Kokkinakis banged your girlfriend. Sorry to tell you that, mate,” Kyrgios could be heard saying to Wawrinka between volleys, according to news portal news.com.au.

The comment is presumed to reference Kyrgios’ Davis Cup teammate, Thanasi Kokkinakis, who has been linked in the past with Wawrinka’s girlfriend, Croatian player Donna Vekic. The two played doubles together at the 2014 Australian Open, but Kokkinakis quite literally laughed off insinuations that they were a couple at that time.

In a post-match interview with news.com.au, Kyrgios explained that his smack talk stemmed from Wawrinka “getting a bit lippy with me.” He said the words came, “kind of in the heat of the moment. I don’t know, I just said it.”

Kyrgios eventually won the match after Wawrinka dropped out with a back injury, falling behind 4-0 in the final set. 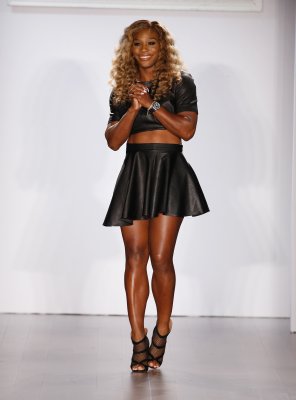 Serena Williams Contemplates Life After Tennis
Next Up: Editor's Pick