Paulo Wanchope, the coach for Costa Rica’s national soccer team, quit his position after getting into a fight on Tuesday during an under-23 match in Panama, the Associated Press says.

A video shows Wanchope, visibly agitated, opening a side gate onto the field, then pushing a young boy aside. He then gets into a shoving match with a man in the stands, who, the Guardian reports, was a security guard, after the man tries to restrain him.

Ramon Cardoze, vice president of the Panama Soccer Federation, said Wanchope attempted to get on the field multiple times, claiming to officials that the match was rigged.

On Wednesday, the Costa Rican Soccer Federation released a statement regarding the matter. “The important thing is to ensure the welfare of the team, so I will step aside,” Wanchope said, according to the statement.

Wanchope hasn’t been the Costa Rican team’s coach for long — the former Derby, West Ham and Malaga player was appointed to the post in February after serving as the team’s interim coach during the 2014 World Cup, the Guardian says. 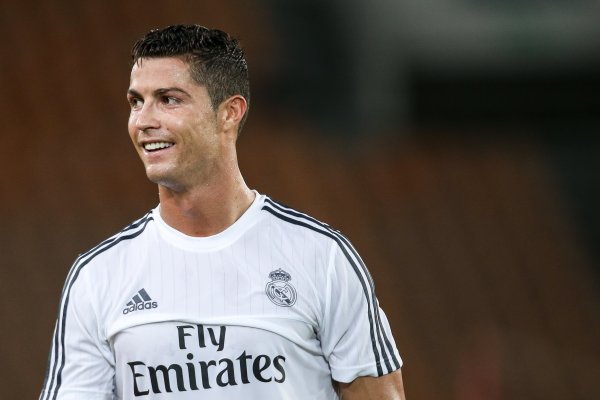 Watch Cristiano Ronaldo Walk Out of a CNN Interview
Next Up: Editor's Pick