Two huge explosions rocked the Chinese port city of Tianjin late Wednesday, killing at least 44 people with 520 injured, 66 of them in critical condition, officials have said.

The blasts occurred around 11:30 p.m. local time on Wednesday in an industrial area of the city, according to the South China Morning Post, and sent up massive fireballs that could be seen from miles away.

According to the state-run CCTV television channel, the explosion took place at the Rui Hai Logistics, which specializes in transporting hazardous goods. At least 13 people were dead, according to CCTV.

The National Earthquake Bureau reported two large blasts before midnight, the first with the force of 3 tons of dynamite, the second with the power of 21 tons. Shockwaves could be felt miles away from the blast, shattering windows and sending people fleeing from their homes. The bursts trigged other explosions nearby, officials said.

“I thought it was an earthquake, so I rushed downstairs without my shoes on,” Tianjin resident Zhang Siyu told the Associated Press. “Only once I was outside did I realize it was an explosion. There was the huge fireball in the sky with thick clouds. Everybody could see it.”

Several fire brigades were working to extinguish fire from the explosion, CCTV said.

Hundreds of people were hospitalized, with new patients streaming in, China Xinhua News reported. The Associated Press reported that at least 300 people were injured.

“It was like what we were told a nuclear bomb would be like,” truck driver Zhao Zhencheng told the Associated Press. “I’ve never even thought I’d see such a thing. It was terrifying but also beautiful.” 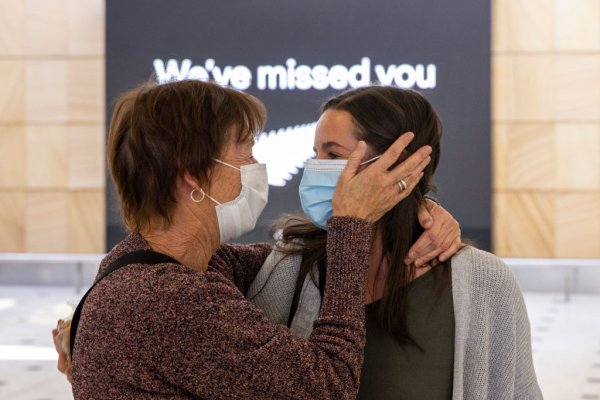