Who Gets Custody of the Family Dog?

When couples split, custody is one of the hardest issues they have to resolve. And that goes for dogs and other furry family members as much as for children.

Formosa Hsu and her ex-partner Joseph, who did not have kids, spent years in mediation to decide how to split the time of their little beagle mix Pupineya, whom they had adopted when he was 3 months old.

For Joseph, a 33-year-old software engineer, the idea that he wouldn’t see the dog again was the “worst feeling in the world,” he remembers. Hsu, 42, a beauty consultant from Charlottesville, Virginia, says she was “devastated.”

Finally they struck a deal: The dog would split his time between the two, even though they now live on opposite coasts. Six months in Virginia, six months in British Columbia.

Welcome to the tricky and highly emotional world of pet custody.

“I tell attorneys who are handling divorces, number one, ask if they have kids. Number two, ask if they have pets,” says Debra Hamilton, a mediator from Armonk, New York, who successfully handled Pupineya’s case. “These days pets are just as important as kids. Sometimes even more important.”

In the past, the issue of pet custody almost never emerged in divorce proceedings. Now it comes up in about half of cases, Hamilton estimates. About 10% of divorces end up getting “rough and rocky” over dogs and cats, she says.

Indeed, 27% of attorneys report an increase in pet custody cases over the last five years, according to a survey by the American Academy of Matrimonial Lawyers. The most desired animal: dogs, 88% of the time.

Cats were much less sought-after, with 5% of cases. Even iguanas, pythons, African grey parrots and giant turtles have been fought over.

Why have we become so willing to go to war over Fido or Fifi?

“I think what is happening is that a lot of people are choosing not to have children, but they are getting pets earlier than ever,” says Jacqueline Newman, a Manhattan attorney who has handled multiple pet-oriented divorce squabbles. “Therefore pets become like children – and people will fight for them.”

If a couple does have kids, the typical arrangement is that the dog or cat will go wherever the children go, experts say.

Money issues often follow. After all, raising a dog can be expensive – especially in high-cost urban environments.

In fact, the first year of raising a small dog will set you back an average of $2,674, according to researchers at the University of Pennsylvania School of Veterinary Medicine. Medium-sized dogs will chew through $2,889 in their first year, and large-sized dogs $3,239.

Since not every pet owner makes the same amount of money, that can be a problem.

“I call it ‘doggy support,'” Newman says. She recalls one pug, Oliver, who was “a very expensive dog.” “High vet bills, special food, doggie daycare, dogwalkers. It was more than $1,000 a month,” she recalls

The result: The higher-earning partner ended up forking over more than three-quarters of pet-care costs, despite having Oliver half the time.

That is also what happened with Pupineya, with Joseph handling most of the pet-care costs, including cross-country airplane jaunts. But after years of wrangling, both partners are happy to have the matter settled, so they can enjoy time with their four-legged family member.

Says Hsu: “My life was never complete until adopting the pup.” 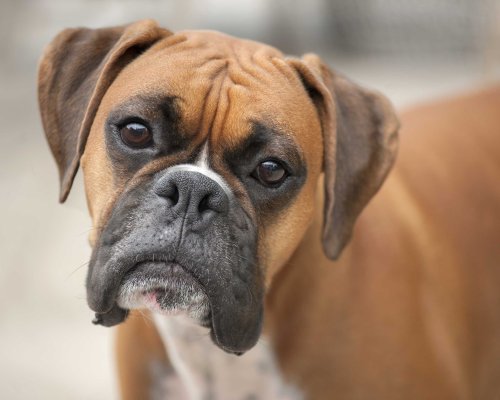 Lost Dog Turns Up 1,800 Miles Away From Home
Next Up: Editor's Pick