The fifth season of Homeland will address some of the most pressing global issues of the day when it returns this fall.

The Showtime drama will feature storylines about extremist group the Islamic State (ISIS) and Russian President Vladimir Putin as the show’s setting moves from the Middle East to Germany, where it was also filmed. The upcoming season marks the first time an American TV production has filmed a full season in Germany, Entertainment Weekly reports.

“The first episode’s going to real deal with Russia, being right next to Russia — what’s Putin up to? What’s going on with this tricky relationship there?” Showtime president David Nevins said Tuesday at the Television Critics Association’s press tour. “It deals with ISIS. [Homeland producers have] shown the ability to have a new fresh story. I feel like this story is a very fresh story. It’s themes, I think, will resonate with people. Charlie Hebdo. [NSA leaker Edward] Snowden.”

Homeland‘s showrunner Alex Gansa once said that ISIS might be “too evil” to incorporate into a television show about troubled CIA agent Carrie Mathison (Claire Danes), but Nevins said that’s no longer the case. 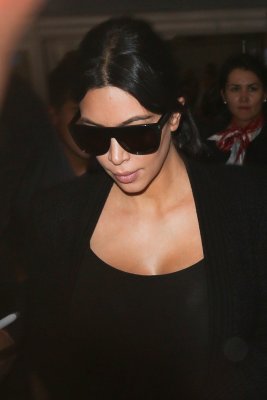 Kim Kardashian West Warned by FDA
Next Up: Editor's Pick