A month ago, Ed Sheeran told the BBC that he’d memorialize his three sold-out shows at Wembley Stadium by having a lion — the mascot of England’s soccer team, which plays in the arena — tattooed upon his chest. He was not joking.

On Tuesday, the 24-year-old singer posted to Instagram a selfie featuring an unfinished lion’s head emblazoned upon his torso.

“Halfway and ouch,” he wrote in the caption.

Within a day, 433,000 people had liked the photo. It now has more than 28,000 comments, which alternate between confused, effusively complimentary, and shocked.

On Twitter, Sheeran gave credit to his tattoo artist, Kevin Paul, who has also worked on One Direction frontman Harry Styles.

In a conversation with The Mirror, Paul said that Sheeran, who is already hardly a body ink novice, has bolder plans in store.

“Ed is nowhere near done,” Paul said. “There are going to be even bigger tattoos in the next few months.”

Read next: This Guy Claims to Have Gotten ‘Jeb 4 Prez’ Tattooed on His Neck 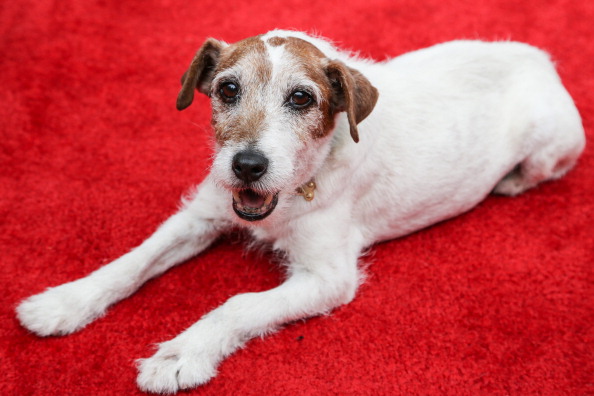 Uggie the Dog, Star of The Artist, Has Died at 13
Next Up: Editor's Pick