A Texas woman who police subjected to a body cavity search during a traffic stop has filed a complaint alleging that officers sexually assaulted her by forcibly searching her vagina for marijuana, her attorney said on Tuesday.

Charnesia Corley, a 21-year-old black woman from Spring, claims she was illegally strip searched after being pulled over on June 21 by a Harris County sheriff’s deputy for running a stop sign, the Guardian reports.

The officer, who said he smelled marijuana, proceeded to search her vehicle unsuccessfully before summoning two female deputies to inspect Corley’s body for the drug, according to the Harris County Sheriff’s Office.

Corley’s attorney, Sam Cammack, told the Guardian that the officers violated her Fourth Amendment protection against “unreasonable searches and seizures” when they conducted a non-consensual body cavity search by the road.

“They could’ve found a kilo of cocaine insider of her and still should not have done it,” Cammack said.

A spokesperson for the Harris County Sheriff’s Office told local media outlets that the sheriff’s deputies “did everything as they should.”

The spokesperson added that, according to one of the deputy’s reports, Corley said the officers could “strip search her if [they] needed to.”

Corley was charged with two misdemeanors for resisting arrest and possessing marijuana after police said they found .02 ounces of the drug. Her attorney declined to state where the drug was found, but added that police usually choose not to prosecute over small amounts of marijuana.

A similar lawsuit filed by a Texas woman who accused officers of an unconstitutional body cavity search was reportedly settled out of court in January for $185,000. 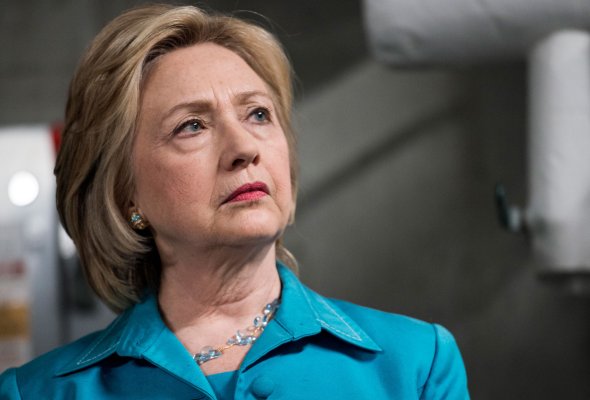 Hillary Clinton to Turn Over Personal Email Server
Next Up: Editor's Pick