How Google Is Helping In The Fight Against ISIS

Kurdish fighters are supposedly using Google Earth to coordinate airstrikes with the U.S. military against ISIS.

The Kurdish militia Y.P.G has proved to be one of the U.S.’s most effective allies in Syria. Their fighters work on a Samsung tablet to mark certain coordinates on Google Earth, according to New York Times foreign correspondent Rukmini Callimachi who wrote about her experience in the combat zone with the Y.P.G.

She writes that yellow spots on the map indicate where fellow Kurdish fighters are stationed, while red spots show the coordinates of buildings which ISIS fighters have taken over.

The Y.P.G. sends the red coordinates to a handler at a U.S. military operations room as its members are under fire from ISIS fighters; the handler sends back coordinates where the Y.P.G. fighters should take cover. Once it’s confirmed that everyone is safely within the yellow coordinates, the U.S. strikes.

These Google Earth exchanges began when Y.P.G. fighters sent their coordinates to the U.S. military so they could receive supplies, according to Callimachi’s account. That then evolved into airstrike coordination, which has allowed the group to force ISIS out of multiple Syrian locations including Kobani, Tal Abyad, and Hasaka. 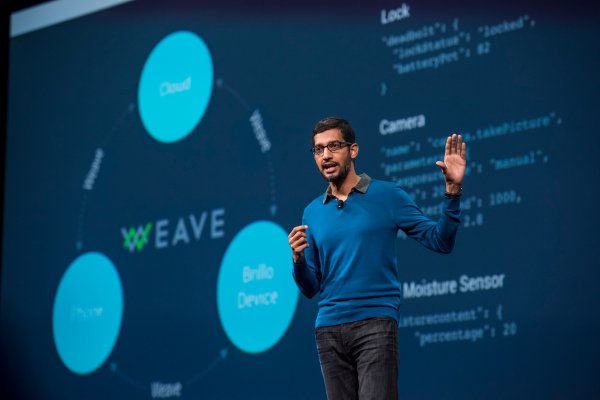